Font
We Are All Part Of The Experiment →
← The Constitution Is Meaningless, Essentially

DickSimkanin.com | Simkanin stood up for America, for all American workers and for all American Business owners when he decided in 2000 that his company was no longer going to participate in the withholding racquet alledged forced and demanded by law from Congress. Dick had spent 6 years researching American history and foundational principles. Ultimately he was spiritually convicted that he had no business being an unpaid bookkeeper for the Federal government, therefore, he had to give his workers 100% of their pay. How American of him! Thank God for Dicks’ courage as it has cost him everything.

Ultimately, Dick was indicted after the government tried three times to no avail. A Grand Jury indicted him in June 2003, he was arrested and the criminal legal battle was on!

Neither the 2001, nor the 2002 grand juries would indict Simkanin for failure to withhold and turn over the tax. However, after the DOJ prevented Simkanin from appearing before the 2003 grand jury, this grand jury indicted him.

Following a hearing before a Magistrate Judge, Simkanin was released, without bail, on his own recognizance.

Had the jury said “NO! We are aware of the fraud that the government is perpetrating, and we will not do your bidding”, Dick would be at home right now enjoying a hot supper with his wife. Those twelve jurors failed to realize that by “obeying” the judge, and convicting Dick, they failed in their duty as citizens and they injured the rights of citizens generally, including their own.

So what can we learn from Dick’s tragedy? Here are some suggestions:

To become more informed about how serving on a jury could literally save an innocent persons life, visit http://fija.org

We Are All Part Of The Experiment →
← The Constitution Is Meaningless, Essentially 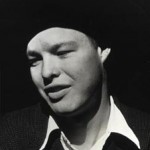 The world is hell bent for destruction, writhing from one snare into another, becoming more and more hopelessly involved in vicious, unbreakable circles, and gaining momentum on the wretched road to Ruin.Everett Ruess … (next quote)