Font
Caution, Colored People Of Boston →
← The Economics Of The Star Trek Universe

How The Fed Feeds War

Antiwar.com | A great thinker named Randolph Bourne once wrote, “War is the health of the State.” Now what did he mean by that? Well, in times of peace, people are more likely to ignore the government, even stand up to it. Rather than following orders, they’re more interested in leading their own lives; in doing the peaceful, productive things that humans do in a civilization: trading with people, working together, enjoying their free time, getting to know each other, falling in love, etc.

But when people believe there is a great foreign enemy threatening them or holding onto stuff they want, they develop war fever and become obsessed with fighting that enemy. And in a way, they start acting less like humans, and more like beasts. They act the way frightened herd animals do at the sight of a predator, or the way hungry pack animals do at the sight of prey. They want to join together in unity for a single life-and-death purpose, like hyenas mobbing a wildebeest, or wildebeest stampeding away from hyenas. In order to have that kind of unity, they look to a single decision-making organization to direct the war; they look to the government.

And the more terrifying the threat is, or the more tempting the prize, the more the whole life of the country becomes about the war and comes under the direction of the government. So the more war there is, the greater the power and glory of the government. People in government know this very well. That’s why so many of them love war so much, and work so hard to start wars and to make them bigger. For more on this, see my essay, “The Herd Mind.”

But wars are extremely expensive. All those troops, and guns, and fighter planes, and drones, and bombs have to be paid for. So how to raise the money to pay for them? One way the government does this is through taxes; the government just takes the money from the people. But there’s a major limitation with that; people don’t like being taxed. They’ll tolerate a certain degree of it; and they’ll tolerate more than usual if they’re in that wartime beast-mode. But at a certain point, even the most pig-headed, rah-rah war lover will snap out of beast-mode when he realizes that not only are his sons or his friends’ sons getting hurt and dying, but the government is taxing him and his family into poverty to fund the war. When things reach that point, the people will turn against the war. And if the government doesn’t stop the war and ease up on the taxes, they’ll turn against the government itself.

So the government has a challenge. Is there a way for it to take wealth from the people without them knowing it, and so without them resisting it? Read Entire Article

Caution, Colored People Of Boston →
← The Economics Of The Star Trek Universe 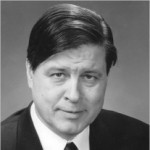 PRACTICAL ANARCHY – How Freedom Will Work