Font
Unconditional Parenting: Moving From Rewards And Punishments To Love And Reason →
← War By Deception

How I Learned To Love The State 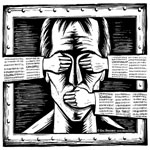 InformationLiberation.com | While we were students of the state education apparatus, how many of us had to write research papers where we were asked to “change the world”?

I’m sure we can all remember a writing prompt similar to this: “If I could change one thing about the world, it would be …” or “How I can make the world a better place.”

Often, these writing prompts were given to us when we were not even old enough to think about abstract concepts like war and politics.

Were these assignments teaching us to think critically? In some cases, this is possible. For the most part, however, these paper topics taught us to do one thing: become central planners. It taught us that complex social problems could conceivably be solved by one person (or a few bureaucrats) in a room developing public policy for the entire nation.

I think we could save the environment if we could get everyone to plant one tree, we concluded. The teacher never asked, “How would you get everyone to do this? Would it be through force or persuasion?” It did not matter. We were beginning to realize the importance that policy makers play in shaping our world.

We were not asked to look at the many unintended consequences that would arise from these novel ideas. Where would we get $1,000 for every poor person? By what standard do we judge poor? How do we ensure that $1,000 would be spent to bring the person out of poverty?

Of course, it was never asked whether it was moral to steal money from some to give to others. It did not matter. We were just pretending to be the state; there’s no harm in that.

No idea was a bad idea. These teachers were taught to respect the diversity of ideas. Their creed dictates that all ideas have different values and none are necessarily better than the others.

But how can we expect children to experience proper cognitive development when we cannot tell them the difference between right and wrong for fear of offending their sensibilities?

Unconditional Parenting: Moving From Rewards And Punishments To Love And Reason →
← War By Deception

The history of totalitarian regimes is reflected in the evolution and perfection of the instruments of terror and more especially the police.Johann Carl Friedrich Gauss … (next quote)

War Is Over If You Want It