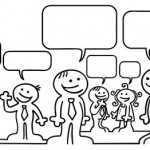 FFF.org | Free trade is not a government-negotiated trade agreement and it’s also not government-managed or government-controlled trade. It is not a reduction in tariffs. It is not less government interference with trade.

The problem is really one of indoctrination. From the first grade on up, American schoolchildren are inculcated with the notion that the United States is a “free enterprise” country. By the time kids graduate high school, they have no doubt that what they’ve been taught is true, and the last thing they ever think is that they have been indoctrinated. Unless they encounter libertarianism, they end up carrying their mindsets with him through adulthood, sometimes until the day they die.

We see this phenomenon most especially with the term “free enterprise.” I’ll bet that if you did a survey of Americans and asked them what type of economic system the United States has, the overwhelming majority would answer “free enterprise.”

And if you then asked them why they believe they live in a free-enterprise country, most of them would undoubtedly reply with some variation of the following, “Because we have an economic system that includes Social Security, Medicare, Medicaid, public schooling, income taxation, tariffs, minimum-wage laws, price controls, insider-trading laws, economic regulations, government-business partnerships, and corporate bailouts.”

It would never occur to them that it’s precisely those things that are contrary to the principles of free enterprise. Genuine free enterprise means that enterprise is free from government control, regulation, and plunder. Read Entire Article

A national political campaign is better than the best circus ever heard of, with a mass baptism and a couple of hangings thrown in.H. L. Mencken … (next quote)

The Origins Of War In Child Abuse

Bianca, You Animal, Shut Up!

U.S. Out Of My Living Room

The Theft Of Our Values