LewRockwell.com | Forced schooling was the medicine to bring the whole continental population into conformity with these plans so that it might be regarded as a “human resource” and managed as a “workforce.” No more Ben Franklins or Tom Edisons could be allowed; they set a bad example. One way to manage this was to see to it that individuals were prevented from taking up their working lives until an advanced age when the ardor of youth and its insufferable self-confidence had cooled.

From the beginning, there was purpose behind forced schooling, purpose which had nothing to do with what parents, kids, or communities wanted. Instead, this grand purpose was forged out of what a highly centralized corporate economy and system of finance bent on internationalizing itself was thought to need; that, and what a strong, centralized political state needed, too. School was looked upon from the first decade of the twentieth century as a branch of industry and a tool of governance. For a considerable time, probably provoked by a climate of official anger and contempt directed against immigrants in the greatest displacement of people in history, social managers of schooling were remarkably candid about what they were doing. In a speech he gave before businessmen prior to the First World War, Woodrow Wilson made this unabashed disclosure:

By 1917, the major administrative jobs in American schooling were under the control of a group referred to in the press of that day as “the Education Trust.” The first meeting of this trust included representatives of Rockefeller, Carnegie, Harvard, Stanford, the University of Chicago, and the National Education Association. The chief end, wrote Benjamin Kidd, the British evolutionist, in 1918, was to “impose on the young the ideal of subordination.” Read Entire Article 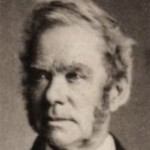 Liberty, then, is the sovereignty of the individual, and never shall man know liberty until each and every individual is acknowledged to be the only legitimate sovereign of his or her person, time, and property, each living and acting at his own cost.Josiah Warren … (next quote)

The Supreme Lesson Of Education Is To Think For Yourself

The Mafia Is Better Than The State