Font
The Fear Of Individuality →
← …But Intelligent People Believe In God

Communication Isn’t As Easy As It Looks 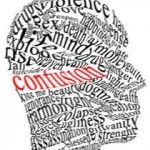 KentForLiberty.com | Communication doesn’t seem like it should be so difficult. And, often people seem to believe they are communicating when they aren’t.

Often it’s because one particular word is being used to mean different (or even opposite) things by each person. Or sometimes the trouble lies elsewhere.

Sometimes there isn’t a precise word to convey the meaning I need. In the past I have invented a few of my own words, but generally I use words already out there.

Then, to try to avoid confusion, I define the words as I use them.

A few words I have experienced this with are “moral“, “anarchy“, “freedom“, “liberty“, and “government“.

The dictionary definitions as they stand simply won’t work- they are too fuzzy or include opposing concepts under the same word. But, I still need to get my meaning across, and the best way I can see doing that is to define what I mean when I use a certain word. If you have a better idea, let me know.

The Fear Of Individuality →
← …But Intelligent People Believe In God 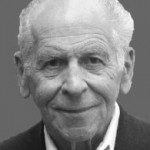 Reaping The Whirlwind of Funds & Money