Font
The Feeling of Power →
← Haiti: We Must Kill The Bandits 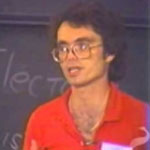 In the first part of this series, Smith revisits the American Revolution, from the Declaration of Independence and Lexington and Concord to the Battle of Yorktown.

In the second part of this series, Smith lectures on the Articles and Confederation, the Constitution, and the time period leading up to the Civil War.

In the third and final part of this series, Smith lectures on the period of American history from the beginning of the Civil War to the beginning of what’s commonly known as the ‘Progressive Era’ in the early 1900s.

The Feeling of Power →
← Haiti: We Must Kill The Bandits

It is very important to try to convince people to reject theft and aggression. It's one of the most important things there is. It impacts everything. It is the choice at the center of every act in your life. Will you do it, whatever "it" may be, by mutual consent, or by force?Kent McManigal … (next quote)

Reaping The Whirlwind of Funds & Money