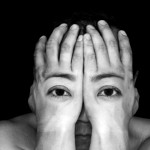 KentForLiberty.com | Most people are more libertarian they they’ll admit.

After all, they buy things from the store rather than steal. They ask instead of demand. They try to avoid resorting to violence as long as they are given any choice. And most people are in favor of self defense when faced with someone who refuses to live by the same rules.

For that matter, most people actually live in a condition of anarchy in their daily lives. No one tells them who they are allowed to fall in love with, what they will eat, where they must shop, whether they are allowed to use the bathroom, where they can work, or what to think or believe. Regardless of what you have been told, that is anarchy: living without being ruled by someone else. It isn’t the same as “chaos”, which isn’t necessarily the horror you’ve been let to believe, either.

Anarchy, what some call “voluntaryism”, is liberty. It means doing whatever doesn’t violate anyone else’s equal and identical rights. It means recognizing that since humans are flawed, the worst possible thing anyone could do is to put some of these flawed people in charge of everyone else. Such a system attracts those who want power over others, but fear facing the consequences of wielding it without belonging to a large and powerful gang.

It shouldn’t surprise you to realize you’ve been indoctrinated against anarchy by government schools and other institutions which depend on you fearing liberty. People who want to have power to control you need you to believe their control is better than the alternative of you controlling, and being responsible for, your own life. If they can keep you fearful, you’ll allow them to do things to you which you’d never otherwise permit.

They also depend on pitting you against your neighbors. If they can get you to beg someone else to control your neighbor, through limiting his choices of what to do with his own body or his own property, they gain power. And never forget they are encouraging your neighbor to seek protection from you, too. It’s a sad and silly circle I refuse to be a part of.

Since you do just fine without being ruled in almost all of your daily life, what makes you believe you need to be ruled in any of it? Almost no one believes they need to be ruled; it’s those “others” who need to be controlled. What makes you fear others and feel so inadequate when facing them that you want to hide behind someone else’s skirt? It’s time to stop hiding and take the wheel. You’ll be glad you did. 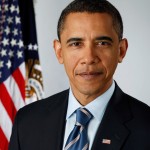 When Iraq is costing each household about $100 a month, you're paying a price for this war.Barack Obama
In a speech on March 20, 2008 … (next quote)

Death by Pedagogy: A Teacher’s Polemic Against Institutionalized Learning