Font
If You Were King →
← Our Objective: To Strike The Root

A Fifteenth Century Technopanic About The Horrors Of The Printing Press

C4SIF.org | In talking about various technopanics over time, there’s always someone who hates some new technology because it somehow “undermines” the good “way things were.” These days, think of the books by the likes of Nick Carr or Andrew Keen, who focus on just how awful new technology is making people, compared to “back in their day…” when things were just lovely. Yet, as we’ve pointed out, these sorts of complaints about new technology happen throughout history, such as the attacks on the telephone (makes men lazy and breaks up your home life) and novels (corrupts the mind). But sometimes it goes back much, much further. In the past, we’ve even joked about those “poor monks” put out of the scribe business by the printing press.

But what we didn’t realize was there actually was just such a concern at the time.

ChurchHatesTucker points us to a wonderful historical analysis of a 15th century luddite, abbot Johannes Trithemius, who was no fan of the printing press, because of what it was going to do to those poor monks. It wasn’t just that it would put them out of work, but that it would impact their souls. He worried that the printing press would make monks lazy.

It was okay that the act of copying was hard. It built character, in Trithemius’ opinion, the same way as chopping wood (though to this “interior exercise,” i.e. exercise of the spirit, he assigned far more importance). For monks, labor was part and parcel of devotion, and if you weren’t good at writing, you could do binding, or painting, or for heaven’s sake practice. And it goes even further: the labor of manuscript writing was something for monks to do — for there was no greater danger for the devout soul than idleness.

For among all the manual exercises, none is so seemly to monks as devotion to the writing of sacred texts.

He also pulls out the typical “but this new fangled thing just isn’t as nice as the old stuff”:

He does spend some time talking about practical reasons that printed books weren’t anything to get bothered about: their paper wasn’t as permanent as the parchment the monks used (he even advocates the hand-copying of “useful” printed works for their preservation); there weren’t very many books in print, and they were hard to find; they were constrained by the limitations of type, and were therefore ugly.

And then there’s just the fact that if you’re not writing a book, you don’t really “get” it:

He who ceases from zeal for writing because of printing is no true lover of the Scriptures.

Honestly, it sounds like a near perfect 15th century version of Nick Carr. Carr loves books, but frets about what the internet is doing to our appreciation of books. But, of course, this all seems to come back to Douglas Adams’ famous saying, which I’ll paraphrase: everything that exists before you were born is just normal, the way things should be. Everything that is invented from your birth until you’re about thirty is cool and neat and innovative. And everything invented after you’re thirty is “against the natural order of things and the beginning of the end of civilization as we know it.” Read More

If You Were King →
← Our Objective: To Strike The Root 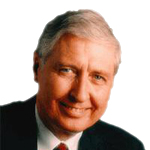 A Christmas Gift for My Daughter