GonzoTimes.com | The most frustrating part of dealing with the statist is the blind acceptance of the murder and violent abuse of human beings under the guise of freedom. Just how did mass murder in the middle east keep us safe? The most conservative estimates I can find of the amount of innocent human beings slaughtered in Iraq is around one hundred thousand. Other sources I read give much higher numbers. We will stick with just the hundred thousand. What justifies this slaughter? It is mass murder. As genocide continues in places like Darfur are we shocked that the U.S. seems to not be concerned with such actions as they do the same throughout the middle east?

As the U.S. brings ‘freedom’ through murder and torture. If one questions this they are demonized for opposing the empire. The United States is no better than Nazi Germany. People become upset when they hear this reality. They do not want to see their empire as the evil it is. They do not wish to upset the system. They are happy if the state invades countries for oil as long as they keep driving their cars to their suburban homes they do not wish to upset it. Why would they? They are the victors. The blood is not thrown in their face, the media sterilizes the reality of their murder for them. They do not have to walk over the mangled human bodies or the people crying out in pain every day. Out of sight out of mind.

Every one of those victims of the U.S. Empire was a human being just like you. Think of all that you live for. Think of how you value your life and the lives of your loved ones then think of each one of those lives snuffed out so some corporation like Black Water or Haliburton could make their money. So many sit fat and happy living a life of devotion to the state praising the murderer as a hero with blind nationalism. I feel sorry for each one of you. I hope for your sakes that there is no God, for he will not look kindly on you.

The kill or be killed mentality keeps coming up. They say that they have slaughtered these countless lives because if they did not someone would have killed them. The fear that drives their murder always reminds me of the fear the German people experienced when they feared the Jews as they shipped them off to their torture death and Holocaust. You want to complain about the economy? What do you expect as you waste your wealth on mass murder? It is only fitting that citizens of the empire have a high unemployment rate. It was the Empire that made the decisions to create such a mess. It was the ‘patriot’ who blindly supported the crux of the empire which is this slaughter. Mourn the fact that you can’t afford a BMW. Would you rather be the one whose body is shredded to bits by the products of the empire. It’s wonderful bombs and M16 A2 service rifles tearing apart the flesh and bone of human beings. This is your Red White and Blue.

Your state is built of the most disgusting acts of oppression and murder one can imagine, yet the masses pledge their allegiance. Others kill and murder while our state sheds blood for freedom. Bullshit. They say that voluntary society would be chaos. I ask exactly what the fuck has your United States Empire brought?

The media in the U.S. is one of the most disgusting vulgar displays of spreading mass ignorance. They show countless images of glorious Marines ‘liberating’ the world. They conveniently do not show the countless images of mangled bodies of the innocent victims. While I was in the Marine Corps I would see countless CD’s of images coming from Iraq and Afghanistan. I sat there and watched video after video and picture after picture. Much of it was just images of marines jacking around. Some of what they sent back would be burnt into my mind forever. They mess with my head. I remember one man standing there in fear with his family. I could see the fear in his eyes as the gun of a Marine was pointed right at him. I saw the tears in his eyes, not flowing down his face, but just enough to reflect the light. This man did not know if his life would continue. I will never know if the poor man lived.

I remember the videos of human beings disintegrating in a poof of pink mist. What little was left of their bodies a mist of liquids falling to the ground. I do not have any love for the United States, only disdain. The fact I was a Marine is a point of shame not pride. What should the media show? Let them show the reality, not the invented fantasy of the victors. Let every citizen of the U.S. Empire see every human life ripped to pieces by their tax dollars. The citizens of the empire are happy in their sterilized environment not seeing the horror and reality of the state they worship. I will not pledge my allegiance to the mass murder of the state.

Vietnam – American Holocaust →
← You Can’t Complain If You *Did* Vote 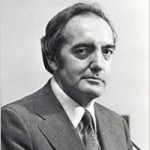 Television is the first truly democratic culture—the first culture available to everybody and entirely governed by what the people want. The most terrifying thing is what people do want.Clive Barnes … (next quote)

The Free Market as Regulator