Font
Abdicating Conscience for Führerprinzip →
← Coercive Retaliation Is Not The Answer

DavidChandler911 | There is ample evidence, from both witnesses and recordings, of explosions associated with the destruction of World Trade Center Building 7 (WTC 7). NIST sidestepped investigating explosions and explosives by setting up an artificially high threshold of interest. They swept aside any testimony or recordings of explosions that would not register 130-140 dB one kilometer away. They established this criterion using RDX (one of the loudest explosives) in a scenario that produced a far higher sound level than other possible uses of explosives to bring down the building. Then they turned around and used sound level as the sole criterion for deciding whether the use of explosives was a credible hypothesis. By this maneuver, they sidestepped investigating the testimony of explosives or possible evidence of explosive residues. This is just one more instance of fraudulent behavior on the part of the NIST investigation of the World Trade Center disaster.

Abdicating Conscience for Führerprinzip →
← Coercive Retaliation Is Not The Answer 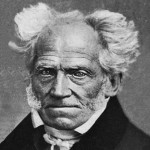 Still, instead of trusting what their own minds tell them, men have as a rule a weakness for trusting others who pretend to supernatural sources of knowledge.Arthur Schopenhauer … (next quote)

Are People Just Trying On Principles?

Are We A Nation Of Wimps?