Why and How? Capuzzo’s Letter From Jail

FreeKeene | Why and how does the government work? I ask myself this question regularly. I think I found part of the answer today, but I don’t care much for the outcome. First, let me start with a story that I heard earlier to use as a base example for my next thoughts.

‘In jail, where this is being written, an inmate sat down with his breakfast tray to eat his waffles. The waffles were rock hard so the inmate brought the waffles up to the c.o (correctional officer) and showed him how hard they were and asked for a new tray. The c.o refused to give this inmate a tray that could be eaten. The inmate, in his frustration, slammed the waffles down on the c.o’s desk. The c.o told the inmate to lock in his room, but the inmate refused to lock in. The c.o then made all the other inmates lock in and called for back up. While waiting for back up, the inmates that were locked in were yelling at the inmate who refused to lock in-because they wanted to get out and eat. Finally, after the “higher ups” of the c.o world came in, the inmate locked in – with out edible food.’

This short story got me to think a little. Aside from believing that places like this are useless and should be condemned, I realized part of the reason why this inmate lost his battle with the c.o’s because of the other inmates. Instead of helping this inmate in his fight, they told him to co-operate with the c.o’s. They, sadly, laid down for for the c.o so they could have an extra ten minutes of comfort than be uncomfortable for a while, fighting for a better existance in the long run.

That makes me believe that a good part of why the system works is because we allow it to. And that turned me on to more thoughts ( yes, I have a lot of time to think while sitting here doing nothing besides reading all day). The same must be true of the government. It works, to their means, because we allow it to.

If people would put their foot down and help to restore freedom and liberty, the “inmates” ( being us ) could win. But there lies the problem. People would rather be comfortable now than disturb their comfort to make a better future.

Change scares most people. I know that it scares the shit out of me. But will this disturbance in our comfort be worth the results that will happen in the long run? This is a difficult question to answer, but hopefully my next thoughts will do justice to the people I look up to as mentors.

The Declaration of Independence shows that we have the right to abolish this government and replace it with a new one that is better suited to the community. I believe many of our rights have been neglected, especially this particular right, because of sheer laziness. Our predecessors believed the power hungry politicians when they said they could “fix the country” and all the people had to do was to trust them blindly.

As I’m sure we all can see, the government can not fix the problems at hand, mainly because they created those problems and then created more problems trying to sole the prior. The government no longer fulfills the needs of the country and makes more rules and laws regularly to keep citizens under it’s thumb. Now, as we take up our right to abolish this government, that is only concerned about it’s own power, we are fought against. And not just by the government. The people who do not want the comfort that they are “allowed” disturbed fight against us as well.

I believe the government is being used for personal power. If it wasn’t, the “powers that be” wouldn’t be so against us trying to use our rights.

In conclusion, I believe that the disturbance in our comfort will be worth the results in the long run. I, for one, am more than willing, and happy even, to give up the comfort that I am “allowed” for the freedom I have a right to. 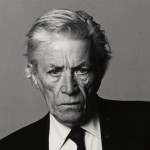 When people say, 'You're breaking my heart,' they do in fact usually mean that you're breaking their genitals.Jeffrey Bernard … (next quote)

Haiti: We Must Kill The Bandits

The Illusion Of Race