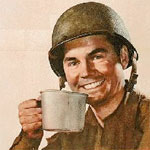 AntiWar.com | Consider this logic. The people supposedly devoted to the stirring words in the Constitution and Bill of Rights are happy to see them violated with the military-industrial complex, the prison-industrial complex, and the surveillance state. If, like me, you feel constantly infuriated and strangely hurt by the fact that America lies about its principles daily, you must hate the place. The warmongers are negligent, indulgent parents of a terror-child. They believe that letting America – that darling – do whatever it likes means they love it the most. But they don’t want to coddle little US too much. It’s got to learn to fight and protect itself, but by wailing on the playground kids who look like they might be trouble. Meanwhile, those of us who say “hang on, wasn’t America supposed to be better than this?” are no-funs and scolds. Loving America seems to mean only letting it bully the world. Wanting a principled America, and trying to fix it when it fails to live up to those principles, means you hate the country.

This is just another way that warmongers own the narrative. They win because they cover every contingency. They can predict the easy ending of every war. It may take a decade or two, but we will win. And then – though the place has been at war for thousand of years, and has nothing at all to do with us – we can fix it. We can nation build flawlessly in a place that is apparently so alien, we disbelieve that dead children, and bombed cities are part of the motivation for their people committing violence against the west. Read Entire Article

The Passive Android And The Creative Force →
← The Obsession To Organize

Part of the reason that the government's fear mongering is succeeding is because so many people are so ignorant, that it is easier for government to frighten people in submission.James Bovard … (next quote)

Grant No Man the Authority to Make You His Slave