NotBeingGoverned.com | It is a mass delusion on an epic scale, beyond that of any known mental illness or fallacious belief. It is neither genetic nor viral nor bacterial, yet it has spread to each corner of the world and overtaken it. Statism, the belief in a forceful and coercive government, is an affliction that almost all people in this world fall into.

Rare exceptions exist. Tribal peoples from various areas of the world, certain individuals within “civilization,” the occasional liberated society or town here and there. Yet the vast majority truly and earnestly believe that the state is something that must exist. People believe that without the world would “fall into chaos” and all of society and technology would be destroyed in a deluge of horror and despair. From where do they ascertain the evidence behind these assertions? From nowhere it seems, as they have no evidence. Fear of a lack of the state is a mass delusion, a massive bout of hysteria, learned from one generation to the next.

When the state first came into being, people had no such fantasies. They knew the state was merely a group of warlords who, through force of arms, came to rule them. As their rule solidified excuses and reasons were formed as to their dominance. Prevailing among them was the idea of divine right, although this varied in effectiveness depending upon the religion of the people they were conquering. The social contract soon took its place, although that was little more than a version of divine right. Instead of:

Both of these ideas are delusional as they build upon completely abstract concepts. They use the intangible to govern the tangible. There is no proof for either concept. A much more reasonable assumption is thus:

“I am a Human. I govern myself and my actions. I know what I do, I know what is right and what is wrong. I should not harm others, their liberty, or their livelihood. Doing so is wrong. I should live freely by my own standards and to the best of my abilities. I should not try to govern others, as they are Humans like me, and rule and own themselves. If I wish, I can associate with them and, without coercion, cooperate with them to achieve greater goals.”

This assumption is by far more reasonable. It is based upon what we can see today. We are all born as Human, with the ability to govern our own bodies and minds. It does not make sense to think that one man or woman should govern many, or that many should govern few, or that one should govern a different one. Each individual knows their own self and will. That liberty is what society should be based upon. Read Entire Article

by J. A. McDonald 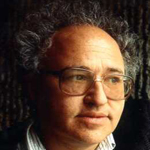 The direct use of physical force is so poor a solution to the problem of limited resources that it is commonly employed only by small children and great nations.David Friedman … (next quote)