Font
Welcome To The Reservation →
← Kolyma

The Gun In The Room

LostLibertyCafe | One of the most difficult – and essential – challenges faced by libertarians is the constant need to point out “the gun in the room.” In political debates, it can be very hard to cut through the endless windy abstractions that are used to cover up the basic fact that the government uses guns to force people to do what they do not want to do, or prevent them from doing what they do want to do. Listening to non-libertarians, I often wish I had a “euphemism umbrella” to ward off the continual oily drizzle of words and phrases designed to obscure the simple reality of state violence. We hear nonstop nonsense about the “social good,” the “redistribution of income,” the “education of children” and so on – endless attempts to bury the naked barrel of the state in a mountain of syrupy metaphors.

So much political language is designed to obscure the simple reality of state violence that libertarianism sometimes has to sound like a broken record. We must, however, continue to peel back the euphemisms to reveal the socially-sanctioned brutality at the root of some of our most embedded social institutions.

I was recently involved in a debate with a woman about public schools. Naturally, she came up with reason after reason as to why public schools were beneficial, how wonderful they were for underprivileged children, how essential they were for social stability etc etc. Each of these points – and many more – could have consumed hour upon hour of back and forth, and would have required extensive research and complicated philosophical reasoning. But there was really no need for any of that – all I had to do was keep saying:

“The issue is not whether public schools are good or bad, but rather whether I am allowed to disagree with you without getting shot.”

Most political debates really are that simple. People don’t get into violent debates about which restaurant is best because the state doesn’t impose one restaurant on everyone – and shoot those trying to set up competing restaurants. The truth is that I couldn’t care less about this woman’s views on education – just as she couldn’t care less about my views – but we are forced to debate because we are not allowed to hold opposing views without one of us getting shot. That was the essence of our debate, and as long as it remained unacknowledged, we weren’t going to get anywhere.

Here’s another example. A listener to my ‘Freedomain Radio’ show posted the following comment on the message board:

If you say “Government A doesn’t work,” you are really saying that the way that individuals in that society are interacting is lacking in some way. There are many threads in this forum that address the real debate. This thread’s counterarguments all focus on government vs. free market society. The rules defining a free market are all agreed upon interactions at some level, just as a government is. Don’t debate that a government is using guns to force others, when it’s really individuals with guns, instead show how the other way will have less guns forcing others or how those guns could force others in a more beneficial way.

I responded in this manner:

But – and I’m sorry if I misunderstand you – government is force, so I’m not sure how to interpret your paragraph. Let me substitute another use of force to show my confusion:

“If you say that rape doesn’t work you are really saying that the way that individuals in that society are interacting is lacking in some way. There are many threads in this forum that address the real debate. This thread’s counterarguments all focus on rape vs. dating. The rules defining dating are all agreed upon interactions at some level, just as rape is. Don’t debate that a group of rapists is forcing others, when it’s really individual rapists, instead show how the other way will have fewer rapists forcing others or how those rapists could force others in a more beneficial way.”

Do you see my confusion?

It is a very helpful sign for the future of society that these euphemisms exist – in fact, I would not believe in the moral superiority of a stateless society if these euphemisms did not exist! If, every time I pointed out to people that their political positions all required that I get shot or arrested, they just growled: “Sure, I got no problem with that – in fact, if you keep disagreeing with me I’m going to shoot you myself!” – then, I would find it very hard to argue for a stateless society!

In more than 20 years of debating these issues, though, I’ve never met a single soul who wants to either shoot me himself or have someone else shoot me. I take enormous solace in this fact, because it explains exactly why these euphemisms are so essential to the maintenance and increase of state power.

The reason that euphemisms are constantly used to obscure “the gun in the room” is the simple fact that people don’t like violence very much. Most people will do almost anything to avoid a violent situation. Even the most bloodthirsty supporter of the Iraq invasion would have a hard time justifying the proposition that anybody who opposed the invasion should be shot – because it was to defend such freedoms that Iraq was supposed to have been invaded in the first place! But how can I have the right to oppose the invasion of Iraq if I am forced to pay for it through taxation? Surely that is a ridiculous contradiction, like arguing that a man has a right to free speech, and also that he should be arrested for speaking his mind. If I have the right to oppose the invasion, surely I cannot be forced to fund it. If I am forced to fund it, then any right I have to “oppose” it is purely imaginary.

In essence, then, all libertarian arguments come down to one single, simple statement:

This is the core morality of both libertarianism and civilization. Civilized people do not shoot each other when they disagree – decent people do not wave guns in each other’s faces and demand submission or blood. Political leaders know this very well – I would say better than many libertarians do – and so constantly obscure the violence of their actions and laws with mealy-mouthed and euphemistic weasel words. Soldiers aren’t murdered, they “fall.” Iraq wasn’t invaded, but “liberated.” Politicians aren’t our political masters, they are “civil servants,” and so on and on.

Like the scientific method, libertarianism’s greatest strength is its uncompromising simplicity. The enforcement of property rights leads to an immensely complex economy, but the morality of property rights is very simple – would you shoot a man in order to steal his property? The same complexity arises from the simple and universal application of the non-aggression principle. It’s so easy to get lost in the beguiling complexities and forget to keep enunciating the basic principles.

So forget about esoteric details. Forget about the history of the Fed and the economics of the minimum wage. Just keep pointing out the gun in the room, over and over, until the world finally starts awake and drops it in horror and loathing.

Welcome To The Reservation →
← Kolyma 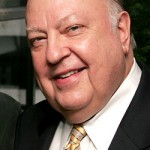 Elevating To The Public Domain

The Good Funding the Evil

In Their Own Words: The Untold Stories of the 9/11 Families