MarcStevens.net | The government hoax is probably the oldest, most pervasive and stubborn of hoaxes. It’s the belief in non-existent “states” and “nations” and that “government” is both legitimate and necessary. In the geographic area of the North American continent commonly referred to as the “United States,” it’s claimed only “government” can provide the service of protecting “Life, Liberty and the Pursuit of Happiness.” This is nonsense if only for the reason “government” has no duty to protect anyone and their property.

Another reason is: no service or product should be provided at the barrel of a gun. It’s that simple. There are no exceptions unless one believes people have no rights. If one believes people have no rights then “government” is not “necessary” to “protect” what doesn’t exist. If you believe people have rights, then you don’t “protect” them without their freely given consent. Also, protection is not submission to the violent unaccountable control of another nor is violent domination a legitimate method of doing business. Would you hire people who don’t acknowledge you have property, to protect your property? I wouldn’t:

“The ultimate ownership of all property is in the State; individual so-called “ownership” is only by virtue of Government, i.e., law, amounting to mere user; and that use must be in accordance with law and subordinate to the necessities of the State.” Senate Resolution #62, April 1933.

What exactly is “government?” Have you ever seen a “government?” While there are varying degrees, “government” is one man violently controlling the life and property of another man. In some places this violent control is “decreed” to be for the latter’s “own good” and “protection” and hailed as the “best system in the world.” Because it’s based on violence, there are no “states” or “nations,” “states” being “voluntary associations.” You may recognize that violent control over a man’s life and property is what we like to call… slavery. Slavery is a form of “government,” and in most cases, if not all, synonymous with “government.” Govern means control, not protect. Have you ever noticed the word “protect” is mysteriously not included in any definitions of govern?

In “democracies” and so-called “democratic republics,” slaves are given the false choice of choosing new masters. The old plantations can be seen as “political subdivisions” such as “cities,” only smaller: “nations” have “presidents,” “states” have “governors,” “counties” have “commissioners,” “cities” have “mayors” and plantations have masters.

“Government” is a group of men and women providing the service of protecting “Life, Liberty and the Pursuit of Happiness” at the barrel of a gun. We have no choice in accepting and paying for their wonderful services. Their services are so valuable we’re compelled to accept and pay for them. And non-political libertarians and voluntaryists are the extremists?

To keep this short, I’ll use statements from politicians themselves i.e., their sacred “law” that’s worshipped, revered and most important, feared. Compare the following:

“tax. A forced burden, charge, exaction, imposition or contribution assessed in accordance with some reasonable rule of apportionment by authority of a sovereign state upon the persons or property within its jurisdiction to provide for public revenue for the support of the government, the administration of the law, or the payment of public expenses. 51 AmJ1st Tax § 3.” Ballentine’s Law Dictionary, page 1255.

The first is a “kinder, gentler” way of describing the second. Both are accurate descriptions of how men and women pretending to be “government” operate. I like the second one because it’s actually the definition of “racketeer.”

The government hoax is exposed with nothing more than no service or product should to be provided at the barrel of a gun. If the service men and women doing business as a pretended “state” is so valuable, then people will voluntarily accept and pay for it.

Some attack this saying, “What’s the alternative?!” That’s easy:

Anything done under the guise of consent can be done by consent.

Men and women pretending to be “government” only have to do one thing different (here’s the “radical” “extremist” part): provide their services on a voluntary basis like everybody else. 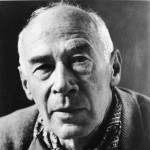 Living apart and at peace with myself, I came to realize more vividly the meaning of the doctrine of acceptance. To refrain from giving advice, to refrain from meddling in the affairs of others, to refrain, even though the motives be the highest, from tampering with another's way of life - so simple, yet so difficult for an active spirit. Hands off!Henry Miller … (next quote)

Exposing The Myths Of “Settled Science”

The Truth About Bradley Manning