NoRightTurn | Stuff today reports on the cost of the government’s expansion of the use of prison slave labour: people being forced out of business

Several growers had already gone out of business and more could follow unless the department stopped undercutting those in the sector, Mr Fraser said.

“Margins are already low. We can’t compete with them on labour,” he said.

Of course they can’t compete. Corrections pays its workers 40 cents an hour. They have no labour rights, no safety standards, and if they don’t work hard enough, Corrections can beat them in the head with a stick. Legitimate business cannot compete with that. And the result is people out of work, their real jobs displaced by prisoners.

Prison slave labour destroys jobs. It violates international law. Above all, it is fundamentally immoral. The government should end the practice now. Prisoners should be offered work for training or rehabilitation, but it should be at real pay rates, with full labour rights, and the full protection of the law. 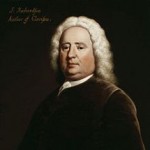 People of little understanding are most apt to be angry when their sense is called into question.Samuel Richardson … (next quote)

Breaking Out of the Trap