CAFR1.com | Government started out as a “pay as you go” structure. By transforming into a corporate liability company over the decades, this gave them the ability to use “advance projections” to strip annual operating funds and create advance forward liability accounts whereby in doing so they were able to build numerous “wealth bases” of equity in designated fund balances separate from the budget reports that were exclusively presented for public viewing.

When looking at the “whole picture” through the CAFR and sub investment fund reports noted per gross income, only 1/3rd is tax income whereas when you look at a budget report for the year it gives the impression per gross income that nearly 100% is tax income. Very deceptive when only one side of the coin is presented.

Budget reports are presented giving the false impression that it “is” the true financial picture and it is far from it. What is shown is primarily tax income for a “selective grouping” of accounts where tax income is collected and expended.

The takeover by government was primarily orchestrated by attorneys, both private and acting from within the Judiciary on the city, county, and state level. Many private associations were created since the 40’s to push government along into becoming an administrative clearing house for revenue collection and control with many of these private associations calling the shots and firmly entrenched in the ever expanding cash flow from the troth. Laws were “created” as each and every push was moved forward to consolidate and expand the takeover by government as the public was masterfully entertained with distraction, misdirection, and misinformation due to the money involved.

Where has all this brought us today? I strongly recommend that all look at their local “County” CAFR. I have noticed a disturbing trend being forcefully implemented by the attorney complex in control today. (65% of Governors, Senators, and Congressmen are now attorneys) The place to look in your County CAFR is the Statistical Section at the end of the report. Currently most counties will give a ten year or a six year showing of the growth.

Many County CAFRs that I have looked at from the eastern side of the country show that over the last six to ten years:

1. There was a 100% increase in property taxes collected.

One thing I found particular was that even though their was over a 100% increase in cash flowing into the prisons, the prison average daily population had decreased in many a cases. Also I took note that the personnel working for the prisons was the largest employee base working for the county.

Now their were modest increases in social services programs for the youth, adults, and elderly, but nothing in comparison to the take being facilitated by the attorney complex for Judiciary and Prisons. It appears the trend is gearing up to “process” more people through the courts and prisons based on the money being applied.

Has the increase in processing the people started yet? By the numbers as of 2007 it appears not yet. I have a feeling though by 2010, they will be in full swing and who knows, the reader of this post may just be the lucky recipient of this expanding government service..

The middle class natives are getting restless with massive increases in forced taxation, home confiscations, job loss, and a weakened economy from the last and massive wealth transfer of trillions taken from one hand and transferred to the other hand through international market derivative manipulation. I still would like to know how many trillions of dollars ended up in those off-shore government accounts for a clear showing of profit held in “the other hand”.

I am not picking on York but the showing in their statistical section is a clear example of what is brought forward in this post. Look at theirs and then look at your own county CAFR to see if the same findings are evident in your own.

We all are the end target of our government’s intent. Where they apply the money and the showing of their own growth establishes their intent.

Look and comprehend. It is your asses that are on the line in the end. Either by paying the bill or as a forced beneficiary of the structure created, or in some cases both.

When the people realize the true end result of allowing attorneys to takeover and run the show and when the people take true action to stop it, then maybe the tide will change. Until then, the stench of death will grow nearer and in most probability ever present in the air as the ever-expanding made “legal” plunder and theft out of opertunity continues unabated..

TREASON: “Treason doth never prosper; what’s the reason? For if it prosper, none dare call it treason.” Sir John Harrington, 1561-1612 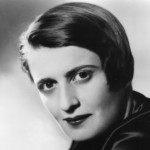 When trade is free, “when no man may use physical force to extort the consent of another, it is the best product and the best judgment that win in every field of human endeavor,” …Ayn Rand … (next quote)