AmericanDissent | This was written by an ex-cop, what follows is a very honest, insightful and terrifying message as he touches on the police perspective and the militarization of the police (which was largely excused as necessary by the War on Drugs).

“When I was a “police officer” back in the early ’70s the transformation was just starting to take place from a mentality of a public servant working for the citizens to “law enforcement”. The first I noticed of it was when the police departments started preferential hiring of ex-military people returning from Viet Nam. They started introducing military tactics into the department, including the first S.W.A.T. team. They quit referring to people on the street as citizens and started calling them “civilians”, or more commonly “assholes”.

“They looked for opportunities to use their new toys provided from “federal assistance” monies in the war on drugs. They changed the uniforms from the blue-suited cop with an 8-sided hat with a shield on front to a set of black or navy fatigues and a ball cap. They started shaving their heads and pumping iron. They gave up on the idea that they put themselves in the line of fire to protect and serve the public and took on a combat marine attitude of protect their own above all else. I’ve known them to murder cop-killers in the street, but have a could-care-less attitude when a civilian is killed.”

“I was lied to, lied about and set up when I tried to expose some crooked cops. Things since 1975 have not gotten better. The thugs in uniform now consider themselves to be government agents of a totalitarian regime with limitless authority to enforce the will of the government on all civilian assholes. There are obviously exceptions to that rule, but those would never try to stand in the way of the thugs.”

“Sorry, but talk show hosts I have heard that say we don’t have to worry about tyranny in this “nation” because our troops would never turn their guns on “Americans”. They are wrong. They have never read history. They don’t realize the training and brainwashing that takes place in the military now and in the para-military police forces – especially the federales. Just wait until big-O gets his Civilian National Security Force in place and all the local wanna-be LEOs join in with them.”

“Buy ammo and remember to aim for the head or neck.” 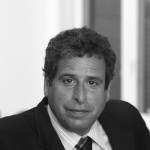 Let me tell you something about mass surveillance and your trust in this government or any other government — it doesn’t matter what the party is — even if you trust this government, history shows that when a government becomes empowered with the control of information it will ultimately turn against its own citizens.Robert Amsterdam … (next quote)

Repent to Me, Christians

The Passive Android And The Creative Force