Here Is Your Audit Of The Federal Reserve

CAFR1.com | Gee, it appears everyone recently is looking for an audit of the Federal Reserve to be done, why look or wait any longer, here it is! All you had to do was ask, they have provided one each year for the last 96 years.

To get to the meat of the matter, scroll down 2/3rds the way through the report on each until you get to the statistical section. There you will see as to collective numbers. Most of the numbers are noted as being in “millions” so add six (6) zeros. After you look there then go back up in the report and it is very informative reading on the preceding pages.

I NOTE: What really caught my eye was in the 2008 report, page 418, under “Loans and other credit extensions” the increases starting in September through Oct, Nov, Dec, of 2008, WOW, stands out above all other aspects in the 2008 report, and broke all the standards from previous monthly activity in 07, 06 and before. There you will see a 400% to 700% increase over the monthly standard previously shown. My must they have gotten some pretty big fish on the hook…

Wonder what the numbers look like in the beginning months of 2009? Somebody on the hook to the FR is going to be paying back some pretty hefty numbers for quite some time..

To date I have not been able to figure out why several other parties have been pushing for a “special bill” to audit the Federal Reserve System when all they have to do is download it.

The Idiocy of Gun Control →
← The Health Dangers of Genetically Modified 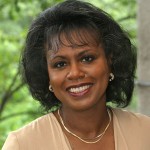 What we really need to be understanding is that all of these things matter and they all stem from the fact that certain people live with power and authority and they want to maintain it.Anita Hill … (next quote)