Font
How To Tell If Your Government Is Legitimate →
← Get A Job?

DemandEuphoria | “It is easier to build strong children than to repair broken men.” — Frederick Douglass

2. Tell him never to talk to strangers because it’s dangerous, but then tell him he is rude when he won’t say hello back to the cashier at the grocery store.

3. Tell him he should never let anyone touch him if he doesn’t feel comfortable, but then don’t intervene when his aunt, who he sees once a year, hugs him against his will.

4. Tell him you can’t afford to buy him the one-dollar candy bar he wants, as you are buying yourself a five-dollar cup of coffee.

5. Tell him he has to share his favorite toy with his sister, but then later when he wants to play with your iPhone, don’t let him.

6. If he has just hit his sister, tell him it’s not nice to hit someone, then grab him and hit him.

8. Tell him not to eat now (when he’s hungry) because if he does, he won’t be hungry later (when the clock says it’s time for dinner).

9. Tell him you can’t do that thing he wants you to do for him because you are in the middle of writing an email, but then get really upset when he tells you he can’t do something for you because he’s in the middle of playing a video game.

10. Explain how important it is to be honest, and then freak out when he tells you the truth about something he did and punish him for doing that thing. And then later, lie to him about something really important.

How To Tell If Your Government Is Legitimate →
← Get A Job? 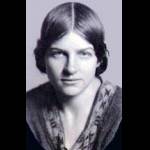 Keep it light so you can say a lot more, especially if it's something you care about.Naomi Mitchison … (next quote)