Font
History – So It Doesn’t Repeat – Stefan Molyneux vs. Tom Willcutts →
← The Foundation Of A Philosophical Conversation

I have no right to prevent you from pursing happiness, to force you into silence, or to criminalize something you might utter. I have no right to spy on you, to read your text messages and emails, or to listen to your private conversations. I have every right to disagree with you, and to voice, write or otherwise express that disagreement, and would be foolish to refrain from doing so. But that disagreement grants me no moral justification for infringing upon your right to say what you will.

Man… there are a ton of rights I do NOT have in our interactions with each other.

In context, it would appear that there isn’t much we should be able to forbid through law. A list of generally accepted principles would pretty much suffice for maintaining order and peace in society, if given the chance. I mean, we all believe that murder is wrong. We all believe that theft is wrong. We all believe that rape is wrong, that child abuse is wrong, that poisoning the environment is wrong, and that our individual freedoms are pretty much sacrosanct. If we treat others as we wish to be treated, then any laws that came from adherence to and promotion of these generally accepted norms would be easy to comply with. On occasions where people chose to break from these norms, we wouldn’t necessarily have to use cages to punish offenders. Societal revulsion to such acts would result in some pretty nasty penalties for the offender. They may be ostracized from their families and social groups. Businesses may choose to not sell goods or services to them. They may not be able to own a home, or rent an apartment until such time as they made restitution for their offenses.

But, like in so many other aspects of life on earth, we fail to consider the simplest solution. Instead of handling this peacefully with respect to each other’s freedom, we ban together and vote to grant the government power and authority to do things to us that we all find morally reprehensible when done by individuals… to steal from us, to shut us up, to spy on us, to kill us, to tell us what we can consume, and force everyone to pitch into whatever the government is doing, even if we find those particular activities to be morally repugnant. This provides the framework by which I believe one of the most egregious forms of child abuse occurs: the indoctrination of children into a statist mentality.

We let the government teach our children a lot, with respect to morality and society. The government subtly exposes our children to the supposed morality of what’s called the social contract. I mean, we have to give back, right? Others paved the way for you, so you have an obligation to pave that same way for others, and to continue supporting those who paved it for you in the first place.

Despite there being no law, or anything in writing to detail what the “social contract” is, it is the only contract we are obligated to without our knowledge or consent. We are born into it, receive the purported benefits of what it offers, and are then subject to perpetual theft to pay it back. No other contract is legally enforceable without a person being at least 18 years of age, and having signed the contract indicating that they both read and understand the terms of that contract. But the social contract gets around that. The idea pervades our education system, and it’s certainly presumed in nearly all discourse about American society.

I didn’t sign any social contract. I wasn’t even aware of it until I was an adult. I did not vote for the laws that existed when I was born, nor did I vote for the legislators who codified those laws. That means that conditions of my adulthood were largely determined by people I never met, never had any association with, never voted for, and never received anything from. Now the promises of politicians made almost 4 generations ago are being seen for what they really were: buying votes by putting the debt of today onto the backs of the unborn… the easiest targets… I mean, they can’t fight back, after all. Like us, they will be stolen from to pay these costs of yesteryear. And as children they will be taught about this as their responsibility to society. It won’t be theft, you see… it will be giving back to all those who paved the way before them. It will be just a part of good citizenship… of being a good American.

Not one child will be taught in school that they were born into financial slavery, thanks largely to the apathy and ignorance of previous generations. No one will produce a social contract for them to read and sign. Not one child will be encouraged to consider the immorality of robbing from the unborn to pay for today. Worse, they will be taught that it is just for them to force their posterity to do the same as simply a matter of course.

Children will be taught that they cannot steal, kill, rape, damage property or infringe on other people’s freedoms, but will also be taught that government not only can, but SHOULD do precisely these things to people in the interest of the public good. How convenient is that? In truth, kids will have been royally screwed and stolen from before they were even born, but will be conditioned to believe that this was just, moral and good. It’s horrific, and… brilliant. How much more effective is slavery when you teach the slaves from the time their children that their enslavement is just and moral?

Welcome to the world, kid. Sorry about the noose of debt we hung around your neck.

Despite having all the faculties necessary to make itself well, society chooses to remain sick. On one hand we cry out against violence, coercion and theft when individuals remove freedom, steal and murder, but on the other hand we clamor for government to continue stealing, murdering and destroying freedom so we can ‘maintain our way of life.’ But, our way of life is morally inconsistent, and we are on the verge of financial collapse. When we collapse financially, not if, there will also be a type of collapse in society as well, which the obedient statists will demand the government protect us all from… at any cost. In our fear, we’ll demand that our good overlords essentially destroy the last vestiges of freedom, so as to preserve social order. This, of course plays right into the government’s hand. I mean… we don’t want the slaves getting restless now, do we? Of course not. That’s why government teaches children that slavery is freedom, that theft is charity, and that forced altruism is a virtue. It isn’t. In this instance, it’s child abuse. I thought we did almost everything in our society “for the children”…

The insidious and relentless indoctrination of children into Statism… is a cage.

History – So It Doesn’t Repeat – Stefan Molyneux vs. Tom Willcutts →
← The Foundation Of A Philosophical Conversation 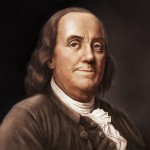 Any society that would give up a little liberty to gain a little security will deserve neither and lose both.Benjamin Franklin … (next quote)

The Slave State And The Nation State: One And The Same