FFF.org | First, welfare recipients are strongly deterred from working by the high implicit tax rates they face on income they earn. Browning walks us through a typical case, a single mother with children who lives in Pennsylvania. She is eligible for welfare benefits under various programs that amount to $19,217. What if the woman finds a job and earns some money? Suppose she lands a part-time job and earns $5,000 during the year. Is she $5,000 better off? No — after factoring in the reductions in her benefits due to her earnings, she ends up with disposable income of $18,253. The part-time job actually makes her worse off. Browning proceeds to show that she would need to get a job paying $30,000 per year before she would end up financially better off than not working and living entirely at the expense of taxpayers. Even at that, her gain is less than $700 for all the trouble of working.

It is no wonder that there has been little improvement in the living standards of the poor. They’re essentially trapped in a barely tolerable existence of government handouts. Read Entire Article 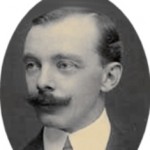 Billy, in one of his nice new sashes fell in the fire and was burnt to ashes; now, although the room grows chilly, I haven't the heart to poke poor Billy.Harry Graham … (next quote)

Facts? I Don’t Understand the Question