Font
Statism Is The Strongest Witness Against Itself →
← Rule Yourself

The basic makeup of the State is promoted as a We.  We want this.  We need this.  We deserve this.  We all agree on this.  The ubiquitous We is floated on purpose.  The aim is to eradicate the I.  The individual.

The State wants all arguments to center on what We should get.  Should We be given this or that?  Should We have A or B?  What is best for We?

This is where all the trouble starts.

The State is not going to solve that trouble because it is creating it.

On the other hand, the individual who is free knows what he wants.  Or can discover it.  Sooner or later, he realizes that most of the people around him aren’t free.  Those people have embedded themselves so deeply in We that they can’t see outside it.  The very idea of being free is meaningless to them.

Ultimately, when all the bets are in, when all the chips are laid down on the table, the State’s game is all about We.  That’s how the game is rigged.

The individual is ruled out.

The roulette wheel spins, but it doesn’t matter which slot the ball falls into.  No slot is labeled “individual.”

And I’m not just talking about the State.  Any large organization works in the same way.

So the free individual has to take his future in his own hands.

First, he has to conceive that he does have a future apart from We.

Then he has to imagine what that future could look like.  He has to invent the future he wants.

What’s called “the spiritual” is not independent from what I’m talking about here.  How the free individual imagines his future and then goes after inventing it is very much a spiritual exploration.  Why?  Because the individual is more than a bio-machine.  Knowing that, he conceives of a future which is more than lowest-common-denominator physical needs.

Statism Is The Strongest Witness Against Itself →
← Rule Yourself 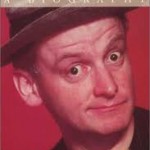 Do You Support Slavery? Most People Do.

Ain’t Nobody’s Business If You Do