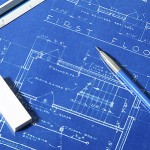 Flag.Blackened.net | OBJECTION #5: If you propose private protection and defense agencies, as some libertarians do, then what is to keep them from becoming coercive governments themselves?

ANSWER: I don’t propose any system of social organization. Whether people would establish agencies for defense purposes or would keep that responsibility for themselves, makes no difference. So long as they did it without coercion, whatever form it took, it would be anarchistic. Anarchist philosophy doesn’t dictate what system of protection would be best; that is a practical problem that must be solved again and again by people everywhere.

If tomorrow all police functions were turned over to private police forces, we would have no libertarian society. We would just exchange one set of masters for another. Private police forces are no guarantee of a libertarian society, only the people are. And the people will do it only when they are properly disposed to creating a truly free world. Benjamin Tucker explained it thus: “The moment one abandons the idea that he was born to discover what is right and enforce it upon the rest of the world, he begins to feel an increasing disposition to let others alone and to refrain even from retaliation or resistance except in those emergencies which immediately and imperatively require it.” When enough people feel this way, we will have an anarchist society.

Anarchism is a social revolution that will occur only from the bottom up, never from the top down. It must be a people’s movement, not a leaders’ movement.

To talk about private police forces without realizing that they are not an essential element in creating a libertarian world, but might be a natural outgrowth of that world, is to confuse cause with effect. Such police forces won’t bring anarchism, but anarchism might create such police forces. There are no formulas for creating a libertarian social order, and there is, likewise, no way of knowing what shapes social institutions will take in a libertarian society. The future must be free to make its own arrangements. We are not here to design blueprints for society. We are proposing no utopia. Read Entire Article

‘The State’ or ‘The Government’ is idealized by the many as a thing above them, to be reverenced and feared. They call it ‘My Country,’ and if you utter the magic words, they will rush to kill their friends, whom they would not injure by so much as a pin scratch, if they were not intoxicated and blinded by their ideal.John Beverly Robinson … (next quote)

Seeking a Jury of Conscience

Trying To Establish A Government Is Evil

Government Services: Where the Customer is Always Wrong

We Bought The Bullets