Follow the links below to see the reports mentioned in the interview. Walter Burien from CAFR1.com responds with some questions and thoughts.

PART1: Key Points of statement by them in order of as made:

Question: Could be used? Answer given: “Only used for a specific purpose”

1. How is this type of income and wealth based growth within our government justified when the private sector growth over the years in general and especially since 2008 is substantially smaller and in fact for many areas rapidly diminishing?

2. If you looked at your total long term liability with the total being ( xxxxxxxxx$) how much of that figure is directly or indirectly self funded using your own or other local government investment assets.

3. On any “designated projects” if a pressing financial emergency elsewhere required funds, could the “designated” project(s) be canceled / terminated “through any process” and the funds used elsewhere?

PART2: Key Points of statement by them in order of as made:

“Essentially not part of”

1. If it were possible that an equal “percentage value” of fund balances were to be withdrawn from all designated; proprietary; discreetly presented funds, what would be the percentage needed to cancel “all” annual operating deficits in the general purpose operating funds? As an example would it be 1.5%, 2.4%, 5%, 7.1%, 12% ???

2. Are the pensions set up as “strictly participatory” where a service under agreement is provided and the government owns the standing balances? Or do the employees own those funds where results accomplished from real rates of return thus gives every employee participating a direct increase in payouts proportional to the fund balance increases? Additionally, how does the growth of government’s employee base and payouts to government employees compare to an equal cross section of employees from the private sector say over the last 5, 10, 15 years of performance? Matched? Government 20% better, 40%, 60%, 100% better.

4. ** (VERY IMPORTANT) What is the total “gross” income inclusive of tax; investment; enterprise; federal / private sector grants received from “all” local governments within the state inclusive with the state’s income?

NOTE: All means all; general purpose; enterprise; discreetly presented; proprietary; trust; fiduciary; etc. Per enterprise and some other funds, if you have a white chicken and a brown chicken, calling the brown chicken a duck does not make it a duck. Several court rulings since the 50’s have established that when a local government claims part ownership and income / assets therefrom, they are direct owners and responsible parties thereto. It is very important to qualify the gross income from “all” to see the scope and size of collective government in the state in combination with the state for a comparison to where the private sector stands in comparison. I additionally note that Russia and China have looked at these factors in the US and are in the process of changing the errors of their ways to enhance their own gross income, control, and wealth accumulation.

PART3: Key Points of statement by them in order of as made:

1. It was mentioned that the State government did not receive in 2009 four billion dollars that was expected to be raised as projected in 2008 thus creating the budget shortfall in 2009. My questions are: If the State government kept their growth and expenditures for all operations fixed at the same level as they were in 2007, would there be a budget shortfall in 2009? If that had been done would there have been a budget surplus in 2009? What was the increase / decrease in the State Government’s “gross” income per “all” operations from 2007 to 2009?

2. AND AGAIN: How is this type of income and wealth based growth within our government justified when the private sector growth over the years in general and especially since 2008 is substantially smaller and in fact for many areas rapidly diminishing? 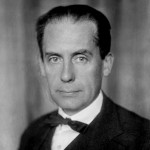 If your contribution has been vital there will always be somebody to pick up where you left off, and that will be your claim to immortality.Walter Gropius … (next quote)