Font
The Truth About “National Security” →
← The Fear Of Individuality 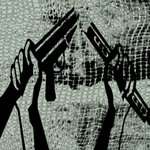 KentForLiberty.com | I used to see some troublemaker teens and understand the State’s offer of “military or prison”.

But then I started observing, and using my brain.

I understand the thinking behind it: teens who keep getting into trouble seem to need discipline and structure, and something to give their lives meaning. Joining the military will supposedly provide that and put them into a supervised culture of camaraderie and cooperation.

Plus both justify more theft (“taxes”) and government control. And we are told endlessly how unsafe “we” would be without either one.

Prison fosters an “us vs them” mentality among those who have gone through it- forever dividing them from everyone in society who hasn’t gone through the same thing, and making them see everyone else as- at least- partly an enemy of sorts. It may (may) solve some behavior problems, but it just supersizes others.

Same with the military.

Some people go through the military and move on. Some I have had the misfortune of knowing personally can’t seem to do that. No matter how many years ago they got out, they never leave. They are never again free. They still let it define them, and probably always will. They are the ones getting angry while reading this.

So, “military or prison” isn’t really a choice. And I can’t support either institution.

The Truth About “National Security” →
← The Fear Of Individuality 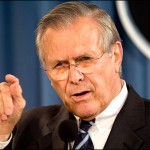 There are a lot of people who lie and get away with it, and that's just a fact.Donald Rumsfeld … (next quote)

How I Learned To Love The State

Vietnam Was No Business Of The U.S. Government