TokeOfTheTown | Remember as kids, we were taught that one of the worst things about totalitarian regimes was their propensity to get children to snitch out their parents? Well, welcome to the U.S.S.A.

Two North Carolina parents are facing marijuana charges after their child took their cannabis to school and told an officer there that his parents were breaking the law.

The names of both the parents and the school are being withheld to protect the child’s identity, reports Jeff Rivenbark at WBTV.

The 11-year-old student is a fifth grader at an elementary school in Matthews, N.C. Police say the kid brought his parents’ marijuana to school when he reported them.

Matthews Police said the boy reported his parents after “lesson about marijuana” was delivered by a police officer who is part of the notorious D.A.R.E. (Drug Abuse Resistance Education) program.

DARE supposedly teaches kids about the dangers of drugs, alcohol, and tobacco, but in fact, a review of the research [PDF] reveals that students who completed the D.A.R.E. program used drugs at the same or even slightly higher rates than youth who had not participated at all.

The General Accounting Office of the U.S. federal government found “no significant differences in illicit drug use between students who received DARE… and students who did not.” And in 2001, the U.S. Surgeon General placed DARE under the category of “Ineffective Programs.” The National Academy of Sciences has also called DARE ineffective.

But what does that matter? The important thing is getting those headlines and busting those parents and getting more kids into foster care, right? Right?

The Matthews Police Department seems to think so. And he thinks teaching kids to snitch on their parents is just fine.

“Even if it’s happening in their own home with their own parents, they understand that’s a dangerous situation because of what we’re teaching them,” said Matthews Police Officer Stason Tyrrell.

“That’s what they’re told to do — to make us aware,” Officer Tyrrell admitted. Doesn’t that give you a warm, American feeling, knowing that police officers are roaming the hallways of our schools, training impressionable young minds to turn in their parents? No? Me neither.

The town’s D.A.R.E. officer spends time at each of the three elementary schools in Matthews, teaching kids to “make the right choice” when it comes to drugs — that is, if you consider turning in your own parents and then being sent off to foster care “the right choice.”

Police arrested the child’s 40-year-old father and 38-year-old mother on Thursday. Both were charged with two misdemeanor counts each of marijuana possession and possession of drug paraphernalia.

They were not jailed, and were released on a written promise to appear in court.

“I don’t give drugs to my kids,” the father told WBTV when they showed up at his house.

When asked how his kid got ahold of the pot, he replied, “That’s no one’s business.”

Police said both the 11-year-old snitch and a sibling have been removed from the parents’ home by social services. Police said they are staying with relatives. 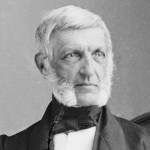 Truth is not exciting enough to those who depend on the characters and lives of their neighbors for all their amusement.George Bancroft … (next quote)

It All Goes Back In The Box