FEE.org | Home industry is particularly important to the poor for at least four reasons. First, the business overhead is usually low. Second, it allows people to use their labor as equity to develop a business for which financial or capital equity is not available. Third, it does not require higher education. Fourth, people own the means of production, such as an equipped kitchen or a garage with tools. Home industry also has the advantage of not draining the public purse—that is, production does not draw on government subsidies or privileges, which benefits individuals as producers, taxpayers, and consumers.

But does it benefit governments? It is government’s nature to control; that is its raison d’etre. It is also in government’s nature to tax. Home industries are often black-market activities through which commerce flows without government skimming off resources. Thus control- and cash-hungry governments seek to ban home industries or to legalize them with both punitive and lucrative regulations. Lucrative regulations enrich the government by establishing an income stream. The benefit of punitive regulations is often more subtle. In many cases, the high bar set for entry into a marketplace is a form of protectionism for politically favored businesses. Read More

The Primer Fields →
← The Name Game 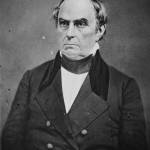 Keep cool; anger is not an argument.Daniel Webster … (next quote)

What is Money? Is Money Paper?