C4SS.org | This lame response is in no way limited to Nazis. In fact, it’s a typical bureaucratic excuse from every government agent on earth when the inevitable abuses and horrors of such backward institutions are exposed. It’s as if the simple invocation of “I have my orders” somehow magically absolves any bureaucrat who acts on such edicts from any and all forms of independent moral judgment. The bureaucrat, earning his or her tax-funded paycheck, is permitted — nay, expected — to behave like a wind-up toy, a pre-programmed robot incapable of any deviation from his or her master’s directions. And at the end of the day, when natural rights are violated, when real human beings end up deprived of their property and/or hurled into cages, when live people end up dead — every bureaucrat pleads “helpless automaton.”

Tyrants throughout history have used such twisted logic to rationalize their actions. At Hitler’s trial following the 1925 Beerhall Putsch, he stated openly to the German court, “What judgment this court will render, we already know. But in the eyes of history, I have already been acquitted.” Fidel Castro, on trial in Cuba for the 1956 attack on the Moncada Army Barracks issued his now famous speech, “History Will Absolve Me.” And in a less grandiose yet equally heinous fashion, all across the modern American landscape, every single day, police use such ill-crafted reasoning to justify shooting a “suspect.” Soldiers use it in order to clear themselves of any transgression after killing civilians either as “collateral damage,” or, in some cases, deliberately. Read Entire Article 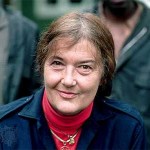 The more you learn about the dignity of the gorilla, the more you want to avoid people.Dian Fossey … (next quote)

The Dangers of Belief