Strike-The-Root.com | Federal Reserve inflation policy stole 90% of the purchasing power of my lifetime income from work. I would like to examine that in detail.

In 1959 I graduated from high school earning $0.90 per hour as a tractor driver. Various unskilled labor jobs paid the same through college. In 1963 I got an entry level hospital job that paid $1.25. Although I was not particularly interested in medicine, by 1970 I was earning $8.50 as a therapist. Was I living better?

My fifty bucks a week in 1963 allowed me to buy a new VW bug, a new mobile home, and two acres of land. I lost it all in a divorce. I don’t blame the Fed for that. But by 1969, my three-forty a week could barely pay the rent, utilities, and put food on the table. Inflation crept up on me so quietly that I didn’t know it. Then came the ‘70s.

I admit that I wasn’t paying attention to the big picture, so I was startled when prices for cars and gas and food shot up. There was enough delay in real estate inflation that I could buy a house, but my income was clearly not keeping up. By 1980 I had sold that house for twice what I paid for it and moved to a distressed rural area where real estate still sold for ‘70 prices. I was earning $13.00 an hour by then.

My earnings and assets stagnated during the ‘80s, which I now know was result of Paul Volker’s action at the Fed: Increased interest rates strangled inflation and produced recession temporarily. I view it as the delayed price we paid for the billions in wealth we wasted in Vietnam .

Inflation resumed in the late ‘80s and ballooned in the ‘90s as financial markets replaced our defunct industrial markets. By 2000 I was earning $20 an hour, and could barely afford a cheap apartment and an old car. The 1970 dollar now had the purchasing power of ten cents.

All honest working Americans and Europeans have been the victims of an elaborate international fraud since 1913, called the Federal Reserve system. This private banking cartel in America and Europe , operating in many deceptive guises, destroyed the gold standard, stole the gold, financed two world wars, and created a new empire to replace the last one that failed. But they made a fatal mistake.

Debts are not assets.

Creating, marketing, selling, and insuring financial derivatives, that is turning debts into assets, demonstrates a clear disconnect with reality. I believe that playing “let’s pretend” is characteristic of terminal empires. In this case, the multi-trillion dollar game in derivatives froze up when the debtors stopped playing. And who got stuck with the highly leveraged bets? The banks that own the Federal Reserve.

What does “bailing out the banks” mean exactly? I observe that political governments are creating money out of thin air to replace the worthless “assets” of the banks that own the Fed. To me that means that not only is the Fed bailing out itself, but the Fed and the governments are one and the same entity, like two tilted skyscrapers joined at the top, leaning on each other for support.

Hypothetically, this means the taxpayers are on the hook to pay for Fed play money with their lifetime work, that is, as slaves to the Fed. Perhaps the elite even believe this. But it does not add up. Even 100% of GDP year after year cannot fill the hole they are digging. The Western monetary fraud is crumbling and will collapse.

Personally, I’m not bitter about being defrauded out of prosperity, probably because I see it in hindsight. I enjoyed my working career. But I fear for younger people and for future generations. What will they do after the Fed has reduced the purchasing power of the dollar to zero? 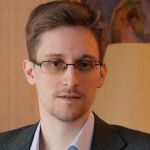 National Security doesn't mean what it sounds like to you and me. National Security isn't about preventing foreign troops from landing on U.S. shores... National Security from the perspective of an intelligence officer, whether with the CIA, the NSA or FBI, means stability of the current political system.Edward Snowden
http://youtu.be/8XLMyrkjcMg … (next quote)

The Absurdity of Self-Defense Restrictions

The Origins Of War In Child Abuse

Who Killed The Electric Street Car?