Freedom by Permission Is Not Freedom

FFF.org | A statement by a Chinese woman in response to the Chinese government’s censorship of Google reveals the statist mindset perfectly, both in China and here in the United States. Here is what she said: “The government should give people the right to see what they want online.”

Do you see the problem with that woman’s mindset? She looks upon rights as grants from the government, things that can be given and taken away and, thus, controlled and regulated.

Consider the economic situation in China. Things are booming. Prosperity is soaring. The standard of living is skyrocketing. Lots of people are getting wealthy.

What’s the reason for all this economic vibrancy? The government has reduced the amount of controls it previously exercised on people’s economic activity. Less regulations. Lower taxes. Reduced import and export restrictions. More private ownership.

The point is this: the Chinese government is permitting people to have greater economic “freedom.” But the operative word is “permitting.” When someone is permitting someone else to have “freedom,” then the person really isn’t free at all.

Assume, for example, that the owner of a slave in the Old South permitted his slave to live off the plantation and live his life the way he chose, but on the condition that the plantation owner could recall the slave to the plantation whenever he wanted. The slave moves away and for the next 10 years raises a family and owns and operates his own business.

Would the slave be free? Of course not. His “freedom” to live his life the way he chose wouldn’t be freedom at all. He would remain a slave, albeit one who would be permitted to live a less restrictive, less controlled life than before. His “freedom” could be revoked at any time.

What that Chinese woman misses — indeed, what American statists miss — is that rights are fundamental and inherent. They are endowed in people by God and nature. As such, they preexist government. Therefore, the notion that government can legitimately give and take away and control and regulate people’s rights is ludicrous on its face. Read Entire Article 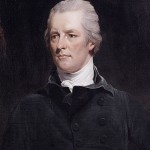 Necessity is the plea for every infringement of human freedom. It is the argument of tyrants; it is the creed of slaves.William Pitt … (next quote)

How To Tell If Your Government Is Legitimate

Why Can’t Chuck Get His Business Off the Ground?