Ed Turns Up the Heat with CAFR Questions

CAFR1.com | Ed went to a town hall meeting where a congressman, David Price was pushing the stimulus package and the new health care program. Now Ed is the average guy who asked a few important questions per the CAFR and made a few statements per the CAFR. He has that southern accent and southern demeanor in his questions. Want to see a politician take the defensive? The CAFR is for local governments, do you want to see a politician sidestep by trying to redirect the conversation to Federal government? This short video shows that the average guy can put our local politicians on the spot by asking questions that would hit home runs if answered per collective totals of wealth held by government.

As Ed brings forward, only silence comes back in return to his direct questions.

He also notes how the politician steps back on many questions presented and answers given which is a tell tale sign of deception. I hope you enjoy Ed’s casual presentation and share it with a few friends.

Representative David Price gave a Town Hall Meeting at the Cary Town Hall on Tuesday, February 17, 2009. I was able to ask him a question about the Comprehensive Annual Financial Report. Walter Burien has dedicated his life to exposing this slight of hand cash exchange. Please visit his website www.CAFR1.com and do some research on your own local, state and federal CAFRs.

My question to Rep. Price –

In other words, How is this money used if it isnt used to reduce taxes? If your answer mentions government retirement and pension fundsSome of these retirement funds could have all future investments halted and it would still have enough money to pay all its qualified members for 30 or more years.

I attended a town hall meeting in Cary, North Carolina where I was able to ask David Price about the Comprehensive Annual Financial Report. On February 23, 2009, I hand delivered a notarized copy of four follow up questions along with a copy of the entire town hall meeting video to Anna Tilghman. Anna approached me at the town hall meeting and gave me her business card and I told her I would make sure she got a copy of the video. I have tried several times to contact Anna, even spoke with her once March 24, 2009. The other two times I called back she was either at the campaign office, or I left a message asking her to call me back on April 8, 2009. However, to this day, I have yet to receive any type of reply. I will keep trying until I get some form of response. 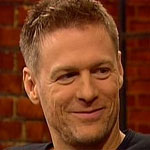 I draw on my memories but blended with a lot of fantasy...but let's set the record straight on something! "The Summer of '69" has nothing to do with the actual year 1969. It's about making love (69—get it?) and looking back at the good old times.Bryan Adams … (next quote)