Font
Burzynski: Cure For Cancer →
← If Not For Government

Don’t Look For Grown-Ups In Government

FFF.org | If you seek evidence, just look around. Politicians, from President Barack Obama, Senate Majority Leader Harry Reid, and House Speaker John Boehner on down, operate at a level of irresponsibility that we don’t tolerate in children. It’s the nature of government.

Let’s start with the money politicians spend: Like children, they don’t have to earn it. It comes to them without effort. But unlike children, they have others take it by force through taxation. If you don’t believe me, tell the IRS “no thank you” the next time it calls for donations.

If they aren’t satisfied with the proceeds from taxation, politicians have unlimited power to borrow money, which makes government look less expensive than it is while sending the bill to future generations. Politicians make a show of imposing a limit on borrowing, but they can raise the limit at will, threatening dire consequences if they don’t.

Behold the gross irresponsibility. The money keeps flowing to the politicians no matter what they do or how big and costly their blunders. Even if people knew how badly the political class screwed up, they couldn’t cut them off without risking lives of misery and perhaps prison at the hands of the government’s armed henchmen.

But it’s even worse, because people untrained in the economic way of thinking will have difficulty tracing bad consequences to the politicians’ bad decisions. If you’re an unemployed unskilled worker, you may not realize that politicians who passed the minimum wage are responsible for pricing you out of a job. Similarly, if you’d like to escape wage employment and work for yourself, you might not realize that politicians have placed a dozen tollgates on the road to self-employment as a favor to special interests.

Tracing economic effects to their public-policy causes is no easy matter. It requires economic understanding, which most people lack. Politicians take advantage of this, such as when they blame rising consumer prices on greed rather than on their central bank’s inflationary policies. They have a thousand ways to cover their tracks. Read Entire Article

Burzynski: Cure For Cancer →
← If Not For Government 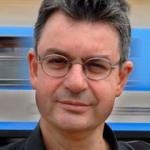 Narcissists cannot delay gratification. They are creatures of the here and now, because they feel boundlessly entitled.Sam Vaknin
Malignant Self-love: Narcissism Revisited - http://www.narcissistic-abuse.com/thebook.html … (next quote)

The Illusion Of Race

How Inequality Shapes Our Lives

Dying for a Lie