American Radical is the probing, definitive documentary about Jewish-American political scientist Norman Finkelstein. A devoted son of holocaust survivors, an ardent critic of Israel and US Middle East policy, Finkelstein has been steadfast at the centre of many intractable controversies, including his denial of tenure at DePaul University. Called a lunatic and self-hating Jew by some and an inspirational street-fighting revolutionary by others, Finkelstein is a deeply polarising figure. From Beirut to Kyoto, the filmmakers follow Finkelstein around the world as he attempts to negotiate a voice among both supporters and critics.

The Antidote to Unemployment →
← The Tyranny of Government Courts and Prisons 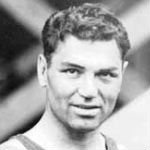 Honey, I just forgot to duck.Jack Dempsey
US boxer , to his wife, on losing the World Heavyweight title. … (next quote)