WashingtonsBlog.com | Governments from around the world admit they’ve used the bully’s trick … attack first, and then blame the victim:

U.S. intelligence officers are reporting that some of the insurgents in Iraq are using recent-model Beretta 92 pistols, but the pistols seem to have had their serial numbers erased. The numbers do not appear to have been physically removed; the pistols seem to have come off a production line without any serial numbers. Analysts suggest the lack of serial numbers indicates that the weapons were intended for intelligence operations or terrorist cells with substantial government backing. Analysts speculate that these guns are probably from either Mossad or the CIA. Analysts speculate that agent provocateurs may be using the untraceable weapons even as U.S. authorities use insurgent attacks against civilians as evidence of the illegitimacy of the resistance. 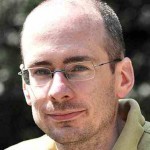 The state is a group of gangsters running a protection racket. You can play by their rules and jump through their hoops as much as you like, but when they decide you’re getting too big for your britches they swoop in to take you down a peg.James Corbett … (next quote)