For example: I can take a walk after lunch, or a nap, if I prefer. I can go shopping when I please, where I please, and buy whatever I want. I can go to Church, or not. I can eat out, or cook at home. I can marry, or remain single. Talk about free!!!

When you look a little below the surface, however, the picture becomes less rosy. I live in a suburban community in St. Louis County called Ballwin. The rulers of Ballwin (they are called aldermen) assume that they have authority over me and my property, and the right to punish me for disobedience. A couple of years ago, the lawn service was late in cutting the grass, and the rulers sent me a terse note that I had ten days to cut the grass, or they would do it for me, charging $75. (Twice what the lawn service charges!)

Ballwin is part of St. Louis County, and the rulers of the county also assume jurisdiction over me and mine, and have no reluctance in writing rules for me to obey. St. Louis County, in turn, is part of Missouri, and the rulers in Jefferson City turn out laws with amazing speed, and would be flabbergasted if asked why I should pay any attention to them. “Why, it’s the LAW!!!” they would probably exclaim, if asked. By this process of churning out their opinions, which, written down formally, are called “laws,” they somehow gain dominion over me. (Don’t ask how that happens, just do as you’re told.)

And ultimately, Missouri is one of the States, and the federal rulers, though unaware of my existence, do not hesitate for a millisecond in prescribing what they insist is proper behavior for me, or proscribing what they think isn’t. Like their counterparts at the local levels, they regard as profoundly proper and natural that by expressing their wishes in writing, I become subject to them. Once I realized this, the “freedoms” I described above took on a different aspect.

For instance, I am, as I said, free to eat out if I wish. However, my meal will be taxed if I do. If I eat at home, the gas for the stove will be taxed, and the wine I take with my meal will be taxed also, as well as the food. I can go shopping when I wish, but the car that takes me to the mall must be licensed (for a fee), as must I (another fee) and the yearly tribute—a personal property tax—must be paid for the car if I am to continue operating it. I can marry (need a license—another fee). Well, at least I can take a nap without paying a tax, although the bed was taxed, and the linens.

If you have the temerity to complain about conditions in America, someone is likely to tell you, “If you don’t like it here, go somewhere else.” I’ve never seriously considered doing that, but if I did, what would be the result? As soon as I stepped out of Ballwin, the rulers of the adjacent community would regard me as fair prey. If I left Missouri, the rulers in Arkansas, Kansas, Oklahoma, Tennessee, etc., would exert their authority over me as soon as I crossed the line. And if I left the United States, some foreigners would subjugate me upon my arrival.

So here’s the question which comes to mind: Where on the face of the earth can I go where I, Me, Myself, have jurisdiction over me? You’ve probably heard the expression “A man’s home is his castle.” Well, only so long as he pays the annual tribute to the rulers who, in fact, are the real ultimate owners of the “castle.” How about the lovely phrase “sovereign citizen”? That’s oxymoronic, because if you are a citizen, the rulers of the place granting you “citizenship” are sovereign; you are a subject. A young person, finishing his education, may be advised to go into a line of work where he can be “his own boss.” Except that’s not possible. Yes, you could become a musician, for example, and travel the world, performing when and where you want, for fees you set. Ah, but if you travel, you’ll need a passport from the rulers, and perhaps a visa from the foreign rulers. And you won’t be allowed to keep all of what you earn, wherever you earn it.

As long as you exist on the face of the earth, you’ll find yourself surrounded by strangers who claim that your life and property are, quite properly and inevitably, under their control. Refuse to accept that idea, and you might be judged a terrorist, or insane, and placed in an asylum. And there you’ll REALLY be controlled!! So much for “the land of the free!” There is no such place. 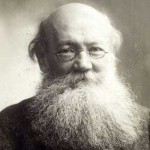 The law is an adroit mixture of customs that are beneficial to society, and could be followed even if no law existed, and others that are of advantage to a ruling minority, but harmful to the masses of men, and can be enforced on them only by terror.Peter Kropotkin … (next quote)

A Lesson in Semantics

10 Cannabis Studies the Government Wished It Had Never Funded