Why Authority Is Always Illegitimate

If you insist upon using the word authority, use it exclusively to describe the unique relationship that one has with their own body. You have authority over you (because you own yourself), but you can never have legitimate authority over anyone else. It may appear that one has authority, but it is truly just an appearance, for while one may act like they have the right to control someone else, it is impossible for anyone to actually possess such a right.

Let’s talk for a moment about what authority isn’t. It isn’t the relationship that an employer has with an employee. An employer offers to trade consideration (typically money) in exchange for labor, but this is an ongoing cycle of voluntary trades which either party has the right to terminate at any point. An employer does not have a right to control his employee and the employee does not have an obligation to obey his employer. The employee chooses to do as his employer requests in exchange for consideration.

Authority is also not the relationship between a landlord and a tenant. A landlord allows the (typically conditional) use of his property in exchange for some type of consideration, often money but sometimes labor. Once again this is a voluntary trade. A landlord does not have a right to control his tenant and the tenant does not have an obligation to obey his landlord. Rather, the tenant chooses to live within the guidelines stipulated by the landlord up until such time as he chooses to vacate the landlord’s property. If the desires of the landlord and the tenant cannot be reconciled, the voluntary trade may be suspended and the two parties are free to go their separate ways. 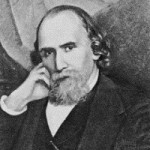 A belief is not true because it is useful.Henri Frederic Amiel … (next quote)

10 Cannabis Studies the Government Wished It Had Never Funded

Monopolies In A Stateless Society