AngryHateMusic | In 1838 the U.S. Army forced approximately fifteen thousand Cherokees to relinquish their native land in Georgia and march more than 800 miles west to Indian Territory, where they were to be resettled. It is estimated that more than four thousand people, or 25 percent, perished on the journey. Another thousand are said to have died soon after resettlement. The path the Cherokees’ were led down is known as the Trail of Tears.

By 1830, the United States government had decided that the fertile agricultural lands in the southeastern states had become too valuable to allow the Native American tribes to remain on their lands. So, under President Andrew Jackson it decided that the Cherokee, Chicksaw, Choctow, Muscogee, and Seminole nations would need to be forced to move to unoccupied lands west of the Mississippi River in what today is called Oklahoma. 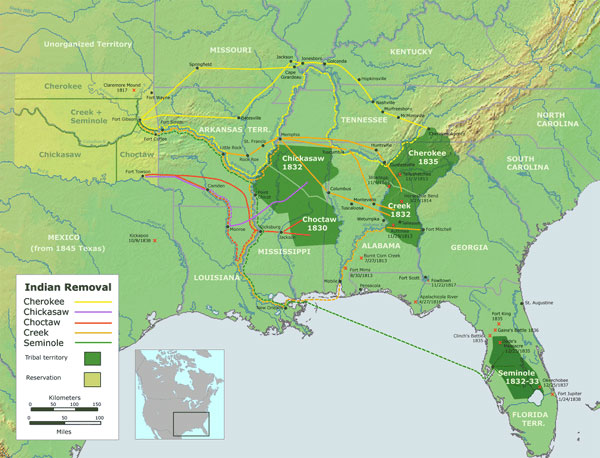 In the Indian Removal Act, the United States Congress approves of the president to “exchange” lands with the native tribes. An early example of Eminent Domain.

The United States vs John Lennon