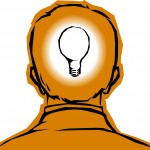 WendyMcElroy.com | There is no such thing as a victimless crime. We use this misnomer because no one of import has coined a correct term, and we suffer mightily as a result.

Unfortunately the human mind is almost entirely incapable of understanding things or concepts which lack nomenclature. While the victimless crime misnomer persists people will continue to misunderstand the fundamental difference between things like stealing and speeding. They will never grasp the principles of malum in se and malum prohibitum, always conflating the latter with the former, and remaining in political bondage.

A crime requires a victim. No victim no crime. A crime is an assault on someone’s life, liberty, or property by another person or their agent. That’s why 2 of the 10 Commandments are codified into law by every society in the history of the world. Murder and theft are malum in se.

And most also codify adultery and “bearing false witness” because both deal with contracts, and contracts are property, the property of the signatories. Part of the standard marriage contract is fidelity. Bearing false witness appears today as perjury in the public venue and fraud in the private. Again each is a violation of or assault on a contract.

But coveting produces no victim. Neither does speeding. When I drive 100 mph in a 65 mph zone I have done something illegal, but I have not committed a crime. Crime is our word for malum in se. We have no corresponding word for malum prohibitum. Someone coined “victimless crime” and we’ve been lost in a legal morass ever since.

You cannot “criminalize” an act by making it illegal. You can only “illegalize” it (and spell-check tells me illegalize is not a word). Crimes are self evident. Prohibitions require justifications, chief among them the prevention of crime from ever happening in the first place. Thus the european idea that everything is illegal until the government grants permission vs the american idea that everything is legal until the government prohibits it. But we’re losing the american idea.

The continued use of “decriminalize” and “victimless crime” hastens that loss.

Psychiatry: Erase The Unique Individual →
← Elevating To The Public Domain 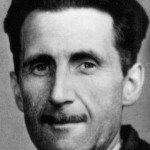 To see what is in front of one's nose requires a constant struggle.George Orwell … (next quote)