The State Is A Firing Squad 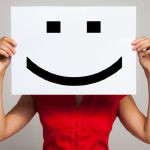 NotBeingGoverned.com | Imagine a giant gun that has thousands of different gears and mechanisms, all of which require a team of people to manage. This gun is of course representative of the government. Every person in every team isn’t really sure of the big picture or the final consequences of their actions, but they get paid to do their very specific task, so they do so without asking too many questions. Very few of these people realize that they are playing a small but significant role in firing a bullet at an innocent person, but in the grand scheme of things, that’s what’s actually happening.

When comparing this description with how our government operates, we can see how extreme compartmentalization detaches people from the greater aggression that their job plays a part in committing. The endless paper trails, waiting periods, and various different bureaucratic offices act as the different gears and mechanisms in the giant gun from our earlier analogy.

These different offices and tedious procedures work to distribute responsibility between so many different people that everyone is able to pass the buck onto someone else without ever coming to terms with the consequences of their actions.

When someone gets arrested for violating one of the thousands of preferential laws that put nonviolent people behind bars, they are handled by people who accept no responsibility whatsoever for results of their actions. Every step of the way from the arresting mercenary to the final executioner, every bureaucrat says the same thing, “I’m just doing my job.” They are not allowed to have an opinion about the moral values of the laws that they are enforcing and they are not trained to use their discretion when dealing with nonviolent code breakers.

This process of compartmentalization ensures that there will be no mercy for anyone who happens to be caught up in the system and allows for enforcers and bureaucrats to psychologically disengage with the effects that their everyday actions are having on the lives of others. When it comes down to it, not one victim of war, the police state, or the tax code has the liberty of being able to point out an individual who is responsible for their situation.

Although there seems to be so many different people in charge of different things, no one is truly held accountable. When there is praise to receive, everyone in government lines up for their reward, but when something goes wrong, there is no one to be found, aside from those who are blaming and pointing fingers.

For the most part, everyone who keeps that state well-oiled and in working order is able to maintain a safe and healthy distance from all of the violence that is taking place. Most people are involved in filing paperwork, sending out letters and things of that nature. These people are very much still a part of the violence, but they aren’t directly on the front lines where they can see what’s going on. I’m not at all saying that all state employees are evil, I’m simply saying that their contribution is helping a violent machine run. Maybe they feel that they have no other options, maybe they think they are doing a great thing, but the fact still remains that they are accomplices to violence, whether they realize it or not. Read Entire Article

Extracted from the pre-released book Creating Peace and Abundance Through Stateless Economics.
By John G. Vibes. 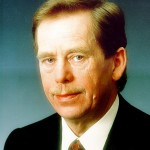 The exercise of power is determined by thousands of interactions between the world of the powerful and that of the powerless, all the more so because these worlds are never divided by a sharp line: everyone has a small part of himself in both.Vaclav Havel … (next quote)

Common Mistakes To Watch For