The Queen Of Depleted Uranium

KevinLancasterify | Britain’s Queen Elizabeth is one of the richest women on earth and much of her profits are from arms trade including the notorious depleted uranium trade.

The British monarch has managed to increase her wealth from £300 million early in her 60-year reign to £17 billion at present thanks to investments in arms firms that produce uranium used in depleted uranium (DU) shells, including Rio Tinto Zinc.

DU shells are notorious for their ability to pierce armor and kill targets due to their deadly radioactive features.

The Underground History Of American Education →
← A Living Death (LWOP) 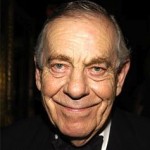 Kids' views are often just as valid as the teachers'. The best teachers are the ones that know that.Morley Safer … (next quote)

The Sunset of the State