Font
Patent For a Pig →
← War By Other Means

LarkenRose | Earlier today, a victim of the largest extortion racket in the world struck back, giving up his life in the process. The control freaks, and their propagandists who pretend to be “reporters,” will no doubt spend the next few weeks demonizing the man, or painting him as crazy. You can decide for yourself if this was the case. As best I can tell, today Joseph Stack burned down his house, and then crashed his plane into the Austin, Texas offices of the IRS. We don’t need to ponder the reason, because he told us why, in a suicide note, which can be read here:

I found reading the note very disturbing, mainly because Mr. Stack was obviously far more intelligent, and more in touch with reality, than the vast majority of Americans. In other words, compared to the deluded masses of conformists, Mr. Stack was the sane one. Several statements in his suicide note show that he had overcome the authoritarian statist indoctrination far more than most people ever will. Does the following sentiment sound familiar?

“We are all taught as children that without laws there would be no society, only anarchy. Sadly, starting at early ages we in this country have been brainwashed to believe that, in return for our dedication and service, our government stands for justice for all. We are further brainwashed to believe that there is freedom in this place … I have spent the total years of my adulthood unlearning that crap from only a few years of my childhood.” [Joseph Stack, 2/18/2010]

A lot of you will find aspects of Mr. Stack’s personal story disturbingly familiar. I see no need to parse every sentence of it, though I would urge everyone to read it all, carefully. What would drive a rational, intelligent man to do such a thing? Of course, the control freaks and their propagandists will paint Mr. Stack as a nutcase, and will claim that his actions, by themselves, prove that he was insane.

But they don’t. They prove he was desperate, and frustrated, and that he was willing to GIVE UP HIS LIFE to try to resist injustice. And THAT is the part the parasite class does NOT want people to think about. They will paint him as a “mentally unstable” “tax cheat,” or apply to him whatever other labels they think might make people not want to THINK about what Mr. Stack did, and why.

Now comes the controversial, uncomfortable part. Several people have already asked me whether I approve of what Mr. Stack did. Any good, unthinking obedient serf would immediately blurt out, “Of course not!” In short, though I am saddened that the world had to lose Mr. Stack in the process, and though there are alternatives I would have much preferred, yes, generally I have to praise him for what he did. I’m not about to emulate him, nor would I suggest that anyone else do so, but he had the courage to do something about the injustice he saw, and that puts him ahead of 99.99% of the population.

So far, I have heard about a couple of injuries, and one person unaccounted for, at the crash site. So at the moment, as far as I know, Mr. Stack is the only one who died in the crash. I don’t know whether that was his intent or not. In other words, I don’t know if he intended to destroy only property, or to kill people as well. As far as mere property, if someone found a way to destroy every IRS computer, every IRS building, every IRS vehicle, firearm, every bit of property used by the federal extortion racket, without hurting any people, I would without hesitation cheer, loud and long. (I’d like it even more if someone took it all, and gave it to the people who were robbed to pay for it in the first place.)

But the question of taking human life is far more serious. At this point, most writers would quickly add, “I would NEVER condone violence against law enforcers!” Not me. Violence is justified when used in an attempt to stop an aggressor–one who initiates violence. And the politician scribbles called “laws” have no effect on that. IRS employees, from CID down to the paper-pushers, are CONSTANTLY initiating violence, every time they levy a bank account, or swipe someone’s home, or send threatening letters (i.e., “pay up or we’ll do nasty things to you”). It is their job to use violence, and threats of violence, to take property from those to whom it rightfully belongs.

Most do it without thinking, and I doubt any of them accept any personal responsibility for their actions. “Hey, I’m just doing my job.” Yeah, you and the Nazi SS. But this is the problem that the “authority” myth creates: a bunch of brain-dead authoritarian jackasses, day after day, terrorize, extort and rob millions and millions of people. The people are then left with a choice: go after the unthinking bureaucrats whose main sin is being blindly obedient, or allow injustice to continue. Neither option is pleasant. Apparently Mr. Stack chose the former.

I’ll have more to say about this later, but today, let me leave you with two excerpts from “The Iron Web” which are disturbingly appropriate to what happened today:

Excerpt 1: “Real life isn’t like the movies. In the movies, the bad guy is always so obviously evil that when he dies, in some spectacular finale, everyone stands up and cheers. That’s not how it works in real life. In real life, the people who have to be killed to protect the innocent are hardly ever truly evil themselves. Instead, their sin is usually just being stupid, and doing what they’re told. That’s all. … The state uses violence for everything it does. Every law is a command, and if anyone disobeys, force is used to make them comply. And good people don’t want to resist. Even if they don’t like the law, even if they think it’s unjust, the last thing they want to do is kill some poor pawn who is just doing what he was told. It would be so much easier if only evil people committed evil, but through the belief in ‘authority,’ otherwise good people routinely become agents of evil. Even the atrocities of Hitler’s regime, Stalin’s regime, and all the others, were the result of a few truly evil people, and thousands upon thousands of merely obedient people. The real villains aren’t stupid enough to go to the front lines themselves. That’s what compliant subjects are for. But the result is that the good people of the world are left with a choice: either allow evil to occur, or kill people who are merely misguided or ignorant. Most people choose the first option, and mankind has suffered
unspeakable horrors because of it.”

Excerpt 2 (from a different character): “You have to understand, this was bound to happen. The parasites have been making this monster for decades, and now it’s broken free. It’s not about whether I think it’s good. I don’t. But I think it’s inevitable. It’s like some poor dog that’s been beaten since it was a puppy. Mostly it just cowers and whimpers, always in fear. Then one day, it snaps and rips its master’s throat out. Those IRS paper-pushers have been emptying peoples’ bank accounts, taking their homes, and ruining lives for years and years. The zoning bureaucrats, the inspectors and regulators–they’ve all been pushing people around for decades, and it all adds up. As long as the cogs in the machine felt comfortable obeying orders, they went right on doing it. Their victims had no recourse, so they just put up with it. Well, now all their frustrations are coming out as hatred and a desire for revenge. When people are oppressed, humiliated and tormented for all their lives, even if only a little at a time, and even if they barely notice, it builds up inside them. It’s like a poison the body can’t get rid of. It builds up and builds up, until something breaks.”

I am Powerful and I Will Never Give Up: An Anti-Stack Manifesto

Patent For a Pig →
← War By Other Means 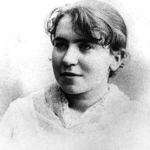 Public school--where the human mind is drilled and manipulated into submission to various social and moral spooks, and thus fitted to continue our system of exploitation and oppression.Emma Goldman … (next quote)