Font
Defending Property Rights →
← The Question Only You Can Answer

If The Soldiers Refused To Kill Each Other

NotBeingGoverned.com | Louis Barthas was a socialist who was conscripted into the French Army at the outbreak of WW1. He wrote the following in his diary at the Somme after the battlefield was flooded in December 1916:

But one night the rain came down in torrents and the tide invaded our dugout and cascaded down both sets of steps. At the height of the storm some of the men had to devote all of their efforts to building a dam which the water then broke through in three or four places. We spent the rest of the night battling the flood waters.

The next day, December 10th at many places along the front line, the soldiers had to come out of their trenches so as not to drown. The Germans had to do the same. We therefore, had the singular spectacle of the two enemy armies facing each other without firing a shot. Our common sufferings brought our hearts together, melted the hatreds, and nurtured sympathy between strangers and adversaries. Those who deny it are ignoring human psychology.

Frenchmen and Germans looked at each other and saw that they were all men. No different from each other. They smiled and exchanged comments. Hands reached out and grasped. We shared tobacco, a canteen of coffee, or wine. If only we spoke the same language. One day, a huge devil of a German stood up on a mound and gave a speech, which only the Germans could understand word-for-word, but everyone knew what it meant because he smashed his rifle on a tree stump, breaking it in two in a gesture of anger. Applause broke out on both sides and the Internationale was sung.

Well if only you been there – mad kings, bloody generals, fanatical ministers, jingoistic journalists, rear echelon patriots – to contemplate the sublime spectacle. But it wasn’t enough that the soldiers refused to fight one another. What was needed was for them to turn back on the monsters who were pushing them – one against the other. And to cut them down like wild beasts. For not having done so how much longer would the killing go on? Meanwhile our big shot leaders were in a furor. What in the lord’s name would happen if the soldiers refused to kill each other?

Our artillerymen received orders to fire on any assemblies of men which were pointed out to them. And to mow down indiscriminately both Frenchmen and Germans, just like when in ancient circuses they slaughtered wild beasts that were too intelligent to tear each other’s throats out and devour each other. Furthermore, once the front line was established again, for better or worse, it was forbidden under penalty of death to leave the trench. Any act of familiarity with the Germans had to cease. It was over. What was really needed was a second biblical flood, a universal deluge to stop the war. To appease all the anger and bloody madness of our leaders. Who knows, maybe one day in our corner of this world they will raise a monument to commemorate the spirit of fraternity among men who shared a horror of war and were forced to kill each other against their wills.

Defending Property Rights →
← The Question Only You Can Answer 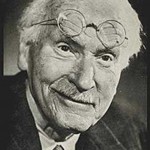 A shoe that fits one person pinches another; there is no recipe for living that suits all cases.Carl Gustav Jung … (next quote)

You Can’t Complain If You *Did* Vote