Font
Why Marijuana Is Illegal →
← Statism Is Slavery

LarkenRose | The ongoing discussion of the shooting of Gabrielle Giffords makes an outstanding example of the utter insanity and profound hypocrisy which the belief in “government” creates. Specifically, nearly all the related discussions about violence have turned reality upside-down, backwards, and inside out.

Leftists are having conniption fits about the political ads by Sarah Palin, showing Giffords in “crosshairs,” screaming that that counts as advocating violence. There are several ways in which this complaint is completely batty.

1) Leftist constantly advocate violence. “Taxation,” as one example, is the forced confiscation of wealth backed by the threat of violence. Those who timidly cooperate with the mere threat never see the violence in their face, but take it from someone who has had his home forcibly invaded by armed IRS agents: “taxation” is backed by men with GUNS, who are quite willing to use VIOLENCE to get their way. But when all those leftists who support the very system of “taxation” that resulted not only in an armed invasion of my home, but in me being caged for a year, whine about a stupid political ad, the level of hypocrisy makes me want to vomit.

2) Right-wing statists, like Sarah Palin, also constantly advocate violence. Gabrielle Giffords herself was part of the federal war-mongering committee, which constantly advocates a double-dose of violence: violence used to force all Americans, including pacifists, to fund overt violence overseas via “taxes.” Bizarrely, instead of being criticized for that–instead of being taken to task for advocating aggression against hundreds of millions of Americans AND the murder of lots of foreigners–Sarah Palin is being attacked for a stupid campaign ad. Holy smokes, people! Could your priorities and perspectives possibly be any more screwed up?!

3) There is a moral difference between aggressive force–initiating violence against someone who hasn’t threatened or harmed anyone–and using defensive force. The vast majority of “government” violence, advocated by the “left” and the “right,” is unjustified, immoral AGGRESSIVE force. But again, statists from both sides, being believers in the cult of “government,” don’t think it counts as violence, because in their eyes, it’s not being committed by PEOPLE, but by the mystical, magical, superhuman entity known as “government.” And most people imagine that it has the right to do things which mere mortals do not.

Defensive force, even deadly force if necessary, is both moral and justified. And whether it’s “legal” or not makes no difference. What this means is that, when the thugs wearing the label of “government” commit aggression, resisting them by any means necessary is absolutely justified. As a practical matter, I would almost always advise against it, because resistors will almost always be caged, and often killed, for daring to resist “legal” aggression. But whether it’s a good idea in practical terms (which it usually isn’t), and whether it’s moral (which it is), are different issues.

The end result is that I’m watching the insane national argument over the Giffords shootings, as one who believes that defensive force–even if “illegal” and even if used against “law enforcers”–is justified. Meanwhile, both groups of people who are constantly advocating the use of AGGRESSIVE violence are arguing over something that was NOT an example of advocating violence (political rhetoric and ads). It’s just too weird to take.

Gabrielle Giffords herself was directly involved in exerting aggressive violence, overseas and here, against non-violent people, via war-mongering, “taxation,” forcibly interfering with the medical industry, and so on. She was not an innocent. She was an advocate of widespread, perpetual, forcible aggression. But being a devout statist, I’m guessing that she truly believed that the violence she was helping to commit DIDN’T COUNT as violence, because it was called “law,” and done in the name of “authority.” That’s a perfect example of what The Most Dangerous Superstition leads to: basically good people do evil things, and don’t even notice.

So one set of people who CONSTANTLY ADVOCATE VIOLENCE (Democrats) are complaining about another set of people who CONSTANTLY ADVOCATE VIOLENCE (Republicans), based on something that is NOT the advocacy of violence (the political ads). It’s like one gang of thieves criticizing another gang of thieves for committing a crime they didn’t actually commit. How weird can it get? Statists, “left” and “right,” advocate constant, wide-spread violence against MILLIONS of people, but they genuinely imagine, having been indoctrinated into state-worship, that it doesn’t COUNT as violence because it is being done by the deity called “government,” which they imagine to be EXEMPT from human morality.

As if that wasn’t looney enough, there has also been the predictable clamor of people who say that the Gifford shooting proves that we need more “gun control.” The belief in “authority” allows otherwise rational people to openly declare that they abhor violence, while saying they want guns outlawed. They fail to notice to glaring contradiction therein.

“Gun control” is VIOLENCE enforced with GUNS. In other words, so-called “gun control” IS GUN VIOLENCE. Ask a Branch Davidian about this, if you can find one who the feds haven’t murdered yet. Or ask Randy Weaver. Ask him how compassionate and peace-loving “gun control” is. If you don’t know what I’m talking about, turn off your statist-controlled TV long enough to do an internet search, and see “gun control” in action.

To be blunt, the opinions of the average American regarding morality, violence and justice are warped and twisted to the point of being about as backward as they could possibly be. The good news is that this is NOT the result of individual stupidity or malice. It is the result of life-long indoctrination into the cult of “government.” If you love humanity, and consider yourself peace-loving, I DARE you to read “The Most Dangerous Superstition.” You may find that your good intentions and noble virtues are being used against you, to the extreme detriment of humanity. You may find that all the pain and suffering that you see in the world, all the injustice you want to end, is feeding off of you. If that were the case, would you want to know? Or would you rather cling to whatever you already believe, regardless of the harm it may be doing to others? Again, I DARE you to read the book.

Why Marijuana Is Illegal →
← Statism Is Slavery 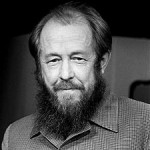 In our country, the lie has become not just a moral category but a pillar of the State.Aleksandr Isayevich Solzhenitsyn … (next quote)

Dumbed Down to the Very Ground!