C4SS.org | Federal taxes are put to especially violent use. According to the War Resisters League, 54% of the portion of the federal budget funded by income taxes (which excludes Social Security and other items separately taken from income) was put towards military spending in 2009. That’s more than $1.4 trillion dollars to kill people, prepare to kill people, and pay off past preparations and killings. Killings in the pursuit of expanding political power and boosting the profits of privileged industries. (The figures that War Resisters League gives can be found at: http://www.warresisters.org/pages/piechart.htm)

And putting a dollar figure to the war machine is not about being a callous bean-counter. Each dollar spent on the military-industrial complex could have been put to a productive use. The much-lauded advances in technology that military research had a hand in could have been done sooner if they were a bigger priority than politically-driven weapons advancement. With the cost of each single F-22 fighter jet listed as $142.6 million on Wikipedia, one has to wonder what a few extra billions of dollars in the economy would do for things like medical research, food quality, and basic living conditions.

Taxes for military spending cause death and deprivation at both ends. Read Entire Article 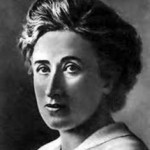 The Truth of the Matter

Government Work Is Not Even Close To Honest Work