Font
I Don’t and Won’t Vote: Here’s Why →
← The Founding of the Federal Reserve

Danger Is My Middle Name–And So Is Yours

Strike-The-Root.com | Why Your Right to Self-Ownership Includes the Right to Choose Your Own Dangers.

“Other people are not your property” is the entire freedom philosophy in a nutshell. Nothing else need be added; if that one sentiment were widely lived up to and enforced,* there would be no tyranny in this world, by definition.

Can such an extreme position really be lived up to? Of course: it’s called “being civilized.” And most of us do live up to that standard in our daily lives; those who don’t are likely to be arrested for coercion of some sort, be it rape or robbery or even “coercion” by name (last year I was on the jury in the trial of someone accused of exactly that). Busybodies and those who insist on often telling others what to do are reminders that we are far from the levels of love and freedom necessary for a healthy society, but even most such people refrain from using force to impose their views and desires on others – except for the political process, the single weapon against human rights that has the full sanction of the State.

Get a gang of armed men together to pull a no-knock raid on your neighbor because he uses alcohol or pot and you’ll be the one put in prison, but get laws passed that result in armed agents of the state doing the same thing and you’re off the hook: You are an accomplice to violence against (in this case, millions of) non-violent men, women, and even children, yet you will never be held accountable for your role in these violations of human rights, including for the many deaths and ruined lives that result. Read More

I Don’t and Won’t Vote: Here’s Why →
← The Founding of the Federal Reserve 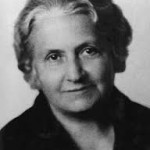 The child, in fact, once he feels sure of himself, will no longer seek the approval of authority after every step.Maria Montessori … (next quote)

The Tragedy of Political Government