Font
Collective Defense: An Example of Methodology →
← I Must Speak Out

BradleyManning.org | This video features U.S. soldier Ethan McCord speaking about a 2007 civilian massacre in New Baghdad, documented with Apache helicopter footage of the attack allegedly disclosed by PFC Brad Manning via WikiLeaks in April 2010. McCord’s story was delivered to attendees of the United National Peace Conference, which took place in Albany NY the weekend of July 23-25, 2010.

Collective Defense: An Example of Methodology →
← I Must Speak Out 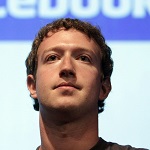 They trust me — dumb fucks,Mark Zuckerberg … (next quote)