Font
Do You Support Slavery? Most People Do. →
← Bloody Sunday

LarkenRose | Those who seek positions of power almost always do so because they’re already narcissistic control freaks, who just can’t wait to dominate and control their fellow man. Who else would want the job of bossing everyone around? But let’s pretend that a good person, with good intentions, ran for Congress, and won. What would happen?

Politicians get a lot of attention, a lot of money, a lot of fame, a lot respect, and so on. They get called the “honorable” so-and-so, and are treated like royalty. All of that can obviously make someone conceited and self-centered, just as rock stars and movie stars get that way. But why should it turn people into fascists? Well, consider what the job of a politician entails. He and his fellow politicians enact “laws,” which are then forcibly imposed upon the rest of us by armed mercenaries known as “law enforcement.” For all of their posturing, pontificating and propagandizing, ultimately that’s all that politicians do: threaten and control people. That’s their “job”–insane, evil, and horribly destructive as it is. All of the attention they get, the money they get, the power they get, comes from exercising their (imagined) “authority” to control their fellow man, via the “political” system. So how should we expect them to act when someone advocates real freedom?

The reason fascists like Santorum and Gingrich (and Obama, for that matter) have such tantrums against people who actually want freedom- – -calling them indecent, extreme, dangerous, traitorous, fringe, absurd, and so on–is because the underlying message to politicians, from those who want freedom, is: “We don’t need you and we don’t want you; go away and leave us alone.” It’s no more complicated than that. Most of the time it has nothing to do with principles, or actual philosophy. Fascists like Santorum and Gingrich want perpetual war-mongering, the “war on drugs,” and the rest of their megalomaniacal agendas, because, in their minds, it makes them important. They have to exert violent control over their fellow man (via “government”) or they become irrelevant, impotent nothings. What would be the point of acquiring power, and then doing nothing with it? What great historical “leader” ever said, “Hey everybody, do whatever you want, and I won’t interfere”?

Even Ronald Reagan, who so often bashed “government,” ended up pushing fascism forward through the “war on drugs.” Why? Because damn near no one can have the “Ring of Power” in his clutches and not use it. And to use it means forcibly dominating one’s fellow man, even if the intentions for doing so are allegedly good. What every politician wants to convey is, “I’m important, and great and noble, because look how I use my power for good!” How well would that work for them if they didn’t use the power at all? “Look at me, I’m not doing anything!” Great, but who cares? What prestige, glory and adoration (not to mention wealth) would that bring them?

Since the two-hundred-faced Mitt Romney changes his “beliefs” every five minutes, let me use him as an example. What do you suppose would happen if tomorrow he decided to have another philosophical reinventing, and it went something like this?:

“If elected President, I will leave you alone. I won’t tell you what to do or take your money. I will be irrelevant to your life. You will have no reason to pay any attention to me, or care what I’m doing. You’ll have every reason to forget my name, and forget that I ever existed. So will everyone else. I will end up as an unknown, ignored and irrelevant nothing.”

Is it any wonder that politicians so zealous despise the idea of freedom, and those who espouse it? “Political” agendas are the antithesis of leaving people alone. The interests of the politicians are always diametrically opposed to the interests of those they dominate, or their will wouldn’t have to be inflicted via violence. When it comes to politics we remember those who dramatically exercised their violent control over others (FDR, Lincoln, Stalin, Hitler, etc.). We don’t remember those who did little or nothing with their alleged “authority,” whether it was because they didn’t want to or because their subjects didn’t let them. Politicians hate the idea of freedom, because it renders them completely powerless and unimportant.

Okay, now let me say what I know a lot of you are screaming by now: “What about Ron Paul!?” If you ask me, Dr. Paul is a mutant freak– and I mean that in a good way. How anyone could have walked the halls of power for that long, and still have any integrity and honesty, is a mystery to me. (Maybe Ron Paul is the reincarnation of Frodo.) Ironically and bizarrely, he really has achieved fame and adoration by NOT trying to control his fellow man, which is almost unheard of in politics. In truth, as he points out, it is the idea of freedom that people are getting excited about, and he just happens to be a symbol of it right now. In many ways, it really does seem as if he wants to acquire power in order to NOT use it. How strange.

And you can see how much the establishment control freaks hate him for it. When the politicians are out there screaming that it would be the end of the world if we give up war-mongering, drug prohibition, mass extortion, and all manner of other centralized, authoritarian domination, I don’t think it’s even because they have some deep philosophical belief in anything. I suspect this was true of Stalin, Lenin, Mao, Hitler and the rest of them, too. Whatever philosophical beliefs they had, or pretended to have, were secondary to their own desire to feel noticed, important and adored (or at least feared). They wanted attention, and they wanted to feel powerful. That’s why Gingrich, Santorum, Romney, and the rest of them want to be elected, too. And it’s why they shouldn’t be. Those who seek attention, fame, power and wealth by way of dominating and subjugating their fellow man–and that includes street thugs and politicians alike–are the last people in the world who should ever be given a scrap of power over anyone else.

The next time you see a politician (left or right) babbling on about his supposedly noble plans and agendas, keep in mind that his agenda is all about forcibly controlling you, and that he knows that if he stopped trying to control you–if he stopped playing the game of “politics” and just left you alone–he would become an unknown, powerless, irrelevant nothing.

Well, unless he decided to turn around and do something useful and productive instead, but how often has a politician done that?

Do You Support Slavery? Most People Do. →
← Bloody Sunday 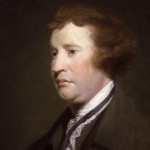 When bad men combine, the good must associate; else they will fall, one by one, an un-pitied sacrifice in a contemptible struggle.Edmund Burke
From his essay: Thoughts on the Cause of the Present Discontents … (next quote)