Font
What Is to Be Done With the Statists? →
← The Absurdity of Self-Defense Restrictions

The System Needs Us, We Don’t Need the System

C4SS.org | A conscious populace can discard a system that does not work for them. The current political system solidly maintains the power of politicians and their supporters over the general populace. Office-holders and their corporate partners make deals with each other to keep their faction in charge – and the maintenance of a stable power structure is essential to enabling them to rule. Fortunately the system is composed of people, and those people are bound by the political necessities of good appearances, by rivalries among rulers, and by the consciences of the enforcers. All the weapons money can buy are only as effective as the individuals operating them.

Of course, any challenge to the system holds the dangers of wasting effort to perpetuate the system or adopting one that is no better. A brutal reaction might be unleashed, new elites could become rulers, or rebels might maintain or expand the privileges of the old system instead of leveling the system for mutual benefit.

To prevent the rise of new tyranny, the mobilized public must respect individual liberty and know how to safeguard it. It is of prime importance to consistently and effectively call out the lie that elites and rulers are necessary. The power-hungry will always claim they will exploit less than the other guy, and make the unstated assumption that exploitation is a necessity.

But exploitation and rulership are not needed to maintain a peaceful and prosperous society of freedom. Instead, power can be dispersed among equals. Elites provide nothing that cannot be better provided without them. Security? Elites undermine it, and the foundations of true security are social bonds and solidarity that thugs are keen to disrupt. Transportation infrastructure? The system builds according to the demands of power, sometimes demolishing neighborhoods in the process, and skims off into the pockets of numerous cronies before it delivers anything. Education? People are eager to learn and teach, and only authoritarian structures, administrative excess, and the nonsense used to prop up the system obstructs them. Environmental protection? Elites market green and pass laws, but encourage waste and destruction. And so on. Power structures are made to support the powerful, and people do best by getting rid of them.

A populace that liberates itself has the chance to explore new options: ad-hoc neighborhood councils with common membership, the division of state organizations among mutual ownership shares, and whatever other arrangements satisfied the needs of safeguarding the equal liberty of all individuals to live as they want without infringing on others’ liberty. The groundwork for liberation can be laid by building networks and spreading ideas online and in person. But one must act when action is happening.

Events have shown that people do not need to defer to authority or wait for permission to take power from tyrants. If the masses retain power and show a widespread respect for individual autonomy instead of ceding power and liberty to ambitious politicians, an era of unprecedented human freedom will be safeguarded.

What Is to Be Done With the Statists? →
← The Absurdity of Self-Defense Restrictions 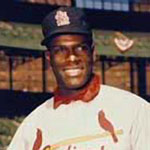 The State – Nothing More Than a Pseudonym